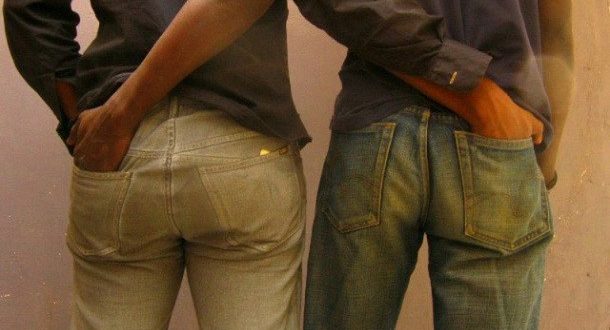 A Kumasi based self-acclaimed gay prostitute has confessed sleeping with more than one thousand patrons over a period of five years of homosexual activities.

The man, believed to be in his early forties insisted that he wants to quit the disdained act but to no avail pleaded to the public to assist him through whatever means to help him put an end to the act.

The dark-skinned same sex addict who made the revelation during an interview with Krobea Nana Yaw Asante on OTECFM’S ASEM BEBA DABI programme, recounted that he has his first sexual escapade with a second hand clothes dealer in Kumasi, where they did it at a kiosk belonging to his suitor.

The sex- addict who has fallen deep in the act ever since disclosed that he has then gone on to exchange gay sex with for a charge between 20 to 50 cedis and sometimes for free especially he was yearning for more.

After years of profound experience, the bushy looking man whose name is kept for obvious reasons, told the host.” I want to contrast to claims that gay guys are milking their suitors. In fact it is not totally true. I do it in most cases for free and sometimes charge between 20 and 50 cedis. I have lost count of my victims because I do travel outside the Ashanti region to have fun with my guys. But at this stage I want to stop the act so please whoever can help me must come to my aide. As a fist, I live with my man in a room but I want to quit and leave him.”

He advised the youth in the country to desist from the act because it is full of curses added that he has lost his fortune due to what he terms as evil spirit associated with the act.

Asked about his memorable experience during the last five years, he narrated, “there was a guy I spoke to through chat from one of our group chats and from all indication, I thought he was one of us. I was so high on that day so I decided to visit him and do it with him at Asuofua near Abrepo in the Ashanti Region. To utter my surprise the guy was not a gay as I presumed. On that day they beat me up mercilessly to the extent that I sustained multiple injuries.”