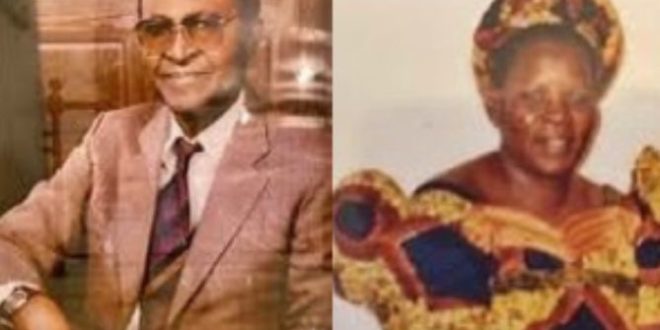 Ghanaian couple whose son has been President, minister and MP

Share
In Ghana, there is only one couple whose son has been Ghana’s President, Vice President, Minister of State, and Member of Parliament

Every parent wants their kids to do well in life and grow up to be bigger than they were.

The only people in Ghana whose son held all of these jobs are Emmanuel Adama Mahama and Abiba Mahama.

Emmanuel Adama Mahama taught in schools and grew rice. Under Nkrumah’s government, he was the first Minister of State for the Northern Region. During Ghana’s Third Republic, when Hilla Limann was president, he was also a top adviser to the president. He was also the first member of parliament for West Gonja.

On the other hand, Abiba Nnaba had a very good effect on the family, and she and Emmanuel Adama Mahama had John Dramani Mahama.

John Mahama lived in Damongo with his mother, Abiba Nnaba, for the first few years of his life. He then moved to Accra to live with his father, who gave him a strong interest in education. He went to Achimota Basic School for his early education, where he started standing up for other kids who were being picked on. He then went to the Ghana Secondary School in Tamale.

He will later get into the best university in the country, the University of Ghana in Legon, where he will get a BA in history in 1981. John Mahama went back to Tamale after getting his BA and taught history at Ghana Secondary School. But the political and economic situation in Ghana made him leave. He went to Nigeria, where he met up with his father, who was also living in exile.

When he went back to Ghana in 1983, he had a strong desire to bring people together through communication. To do this, he enrolled in a post-graduate program in Communication Studies at the University of Ghana. He got his bachelor’s degree in 1986 and then went to Moscow, in the former Soviet Union, to get a master’s degree in social psychology from the Institute of Social Sciences in 1988. While he was in Moscow, he saw the flaws in the Socialist System and realized that each country had to find its own way to change, away from rigid ideologies.

Previous Pressure mounts on NDC executives to reinstate Haruna Iddrisu, Muntaka Mubarak
Next US-Based woman calls police for her husband for bringing his mother to their home