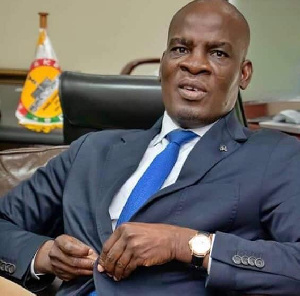 Share
The National Democratic Congress (NDC) replaced the Member of Parliament (MP) for Tamale South, Haruna Iddrisu, as the leader of the minority caucus in Parliament.

In what appears to be his last interview as majority leader, which was with JoyNews on Monday, January 23, 2023, Haruna Iddrisu said that all incumbent NDC MPs who want to return to the house have his support as the minority leader.

He added that there are a number of MPs that he will impress upon the leadership of the NDC to ensure are the party’s candidates for the 2024 parliamentary elections.

“As a majority leader, I should have a fair assessment of some of the MPs that the party necessarily must consider returning to Parliament. Because this work is about experience.

“… as minority leader my first loyalty is to incumbent. I support every incumbent who wants to return back to Parliament,” he said.

Haruna Iddrissu went on to list a number of NDC MPs who he thinks must be in the 9th Parliament of Ghana, including the MP for South Dayi, Rockson-Nelson Dafeamekpor, and the MP for Ayensuano, Teddy Safori Addi.

The NDC appointed the former Deputy Minister of Finance, Dr. Cassiel Ato Forson, as the minority leader in the 8th Parliament of Ghana’s Fourth Republic.

According to the NDC, Kofi Armah Buah, MP for Ellembele, will take over as the Deputy Minority Chief Whip.

While Kwame Governs Agbodza, MP for Abaklu, he will replace Asawase MP Muntaka Mohammed as the Chief Whip.

This, was contained in a letter to the Speaker of Parliament, Alban Bagbin, from the National Democratic Congress dated January 23, 2023.

Previous DOWNLOAD MP3: ‘KOOM’ By Frank Naro Ft. Fameye
Next What Malawi’s president did when a damning COVID audit report was released