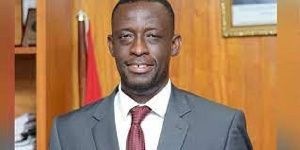 Earlier today, GHOne Tv reported that a Regional Minister is reported to have collapsed after his driver bolted away with the stated amount said to have been proceeds from illegal mining (galamsey).

Although the Minister’s name was not mentioned, the said driver is reported to have moved to Cote d’ Ivoire with the said amount.

Some social media users linked the Western Regional Minister with the said post, attaching his picture in some posts.

Western Regional Minister, Kwabena Okyere Darko-Mensah, has however denied any link to the report.

In a press statement he said the news linking him to the report is bent on tarnishing his hard-won reputation.

“This news alert appears to cast an innuendo on my person. It is therefore not strange that for those who are still bent on tarnishing my hard-won reputation and to distract me from executing my official duties in service to the people of my region including my unrelenting fight against illegal mining in the region, they have jumped onto this news alert to further their sinister objectives,” parts of the statement noted. 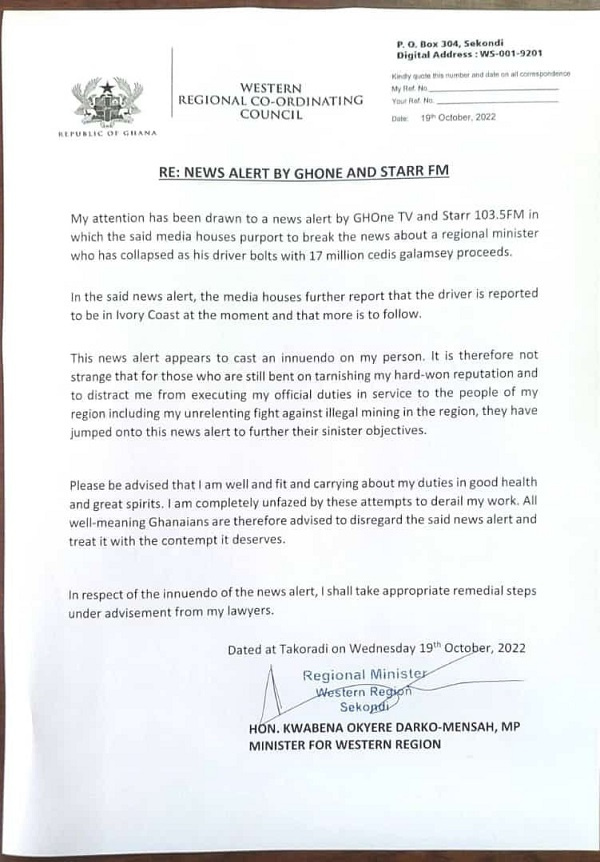