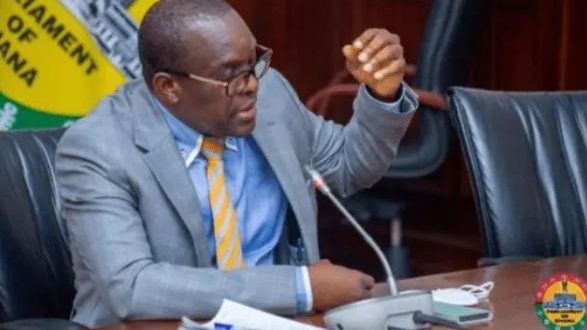 In the view of Mr Bagbin, the Supreme Court ruling is not only an absurdity but a reckless incursion into the remit of Parliament.

“I have resisted the temptation of making a comment on the judgment of the Supreme Court on the issue of the voting rights of Deputy Speakers when presiding. But the unfortunate and myopic comment of the President has compelled me to let it out.

“The SC decision, is to say the least, not only an absurdity but a reckless incursion into the remit of Parliament.

“The trend of unanimity is equally troubling. It doesn’t help explore and expand our legal jurisprudence. The President’s comment is myopic and unfortunate. It only goes to worsen the schism between the Executive and Parliament.

“The impartiality of the Speaker, Deputy Speaker or Presiding Officer has been tresusured and fought for by this country throughout our democratic development. Mr. President, the issue being discussed is not about Parliament being above the law. Everyone knows that Parliament is not above the law.

“The Executive and the Judiciary are equally not above the law. The issue being discussed is the political question doctrine. It took centuries to detail out the strands of this doctrine and the principles are settled as to when and how this closed book could be opened. Please, I encourage the Plaintiff to go for a review,” he said in a statement ion Friday March 11.

The apex court on Wednesday March 9 dismissed an application to pronounce as unconstitutional, Joseph Osei Wusu’s action of counting himself for the purposes of quorum.

Justice Jones Dotse ruled that the Deputy Speaker of Parliament participation in voting was constitutional.

Private legal practitioner and law lecturer, Justice Abdulai subsequent to the November 30, 2021 clash between Speaker Bagbin and his First Deputy after the latter overturned an earlier vote of the House rejecting Government’s 2022 Budget invited the Supreme Court to pronounce as unconstitutional, Deputy Speaker, Joseph Osei Owusu’s action of counting himself for the purposes of quorum.

He argued in the context of articles 102 and 104 of the 1992 Constitution that the Deputy Speaker was not permitted to count himself for the purposes of quorum, since he had neither an original nor a casting vote as Speaker presiding.

But the 7-member panel of justices ruled that the Member of Parliament for Bekwai exercised his right constitutionally.

The SC struck out the standing order 109(3) which says a Deputy Speaker or any other member presiding shall not retain his original vote while presiding.

Justice Jones Dotse noted that the full ruling will be made available on Friday, March 11.