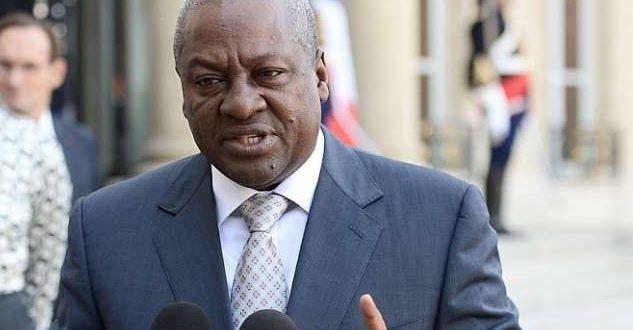 Mahama to be stopped from contesting 2024 election

Why should some people hate me for expressing my opinions? There are some particular people who are becoming scandalously irritating and notoriously pesky. Nobody should blame me when I get angry and begin to say certain things oo.

I like Late President J. J. Rawlings for his Charisma. He would be remembered for some of the major things he achieved during his tenure as president which include decentralization in Ghana leading to the creation of 110 districts through non-partisan district level elections; something unthinkable in many other African countries.

But what I will fondly remember him for is his version of an Akan proverb: “An insect which will bite you will definitely be found inside your cloth.” The explanation to this adage is that people who will hurt you are likely to be those very close to you.

Interestingly, the late former president decided to put it this way: “An insect which will bite you would definitely be wearing a cloth.” As much as this is funny, the gist of the proverb is to warn people to be wary of those close to them.

I have been afraid of few things in my life. Speaking the truth is not one of them. And I’m going to continue this article through gritted teeth.

Bad economic management has sent Yaanom tail spinning, and their desire to break the eight is continuously becoming a nightmare. Each step they take seems to lead them into a deep, dark hole with no hope of escape.

But they have other plans. I am in a flurry of vulture feathers, and as I look through one of them, I can see plans to stop John the Baptist. Eii, sorry, John the Mahamian, from contesting the presidential election in the Mahamas Island in 2024, since that will be their surest way of breaking the eight.

But that is not as disturbing as what is going to follow anger and disappointment are igniting on the same narrow fuse. Dangerous.

Way too dangerous. I can’t get my mind to accept the signal I’m receiving. Taflatse, is it true that some prominent former appointees of John the Mahamian are involved in this dastardly act of conniving with Yaanom to stop him from contesting?

I’m only asking oo. They seem to be chipping away at the walls around him. The Mahamian has two enemies to deal with. Double trouble. And this looks powerfully bad, isn’t it?

I can see the eyes of the man from the Island of Mahamas stung with tears. Large hot angry tears. Tears of pain. And of disappointment. Why are some of the very people he appointed and gave opportunities to fighting against his second coming? Is it greed, wickedness or witchcraft?

I have said this before, and I want to reiterate it: even animals are grateful for kindness and petting, and they wouldn’t think of hurting a person that pets them. The place of such people cannot be even among animals, but must be kept under the pedestal of shame and hopelessness!

But I can assure them that such acts of ingratitude have serious repercussions. The Bible says in Proverbs17:13 that evil will never leave the house of one who pays back evil for good.

Tags Mahama to be stopped from contesting 2024 election