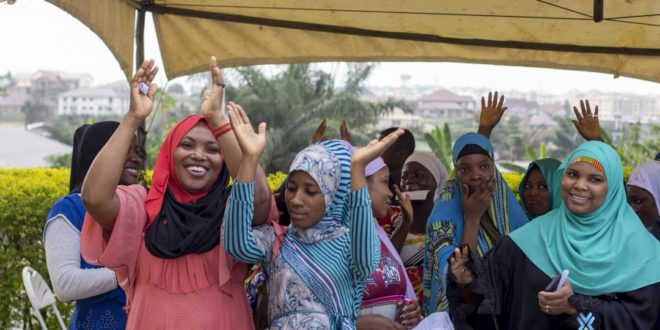 The status quo which if not corrected through effective monitoring according to Professor Lukman will impose an unbearable crisis on the productivity of the country owing to the fact that qualified individuals who are fit to be recruited into the various agencies (both private and public) are denied the opportunity due to nepotism exhibited by some office holders.

The Islamic scholar in his words of lamentation underscored that Ghana’s way of recruitment has been diabolically positioned to favour only the rich and individuals who are connected adding that little regards is given to qualification requirements.

Poor citizens who satisfy employment requirements vis-à-vis a particular job are on many occasions denied appointment because they are not related to influential personalities and that they lack the financial power to influence office holders.

Speaking exclusively to THE PRESS RADIO on the sidelines during the holding of a Gamma Group Reach out event, a program under No Business as Usual (NBU) Project, Dr Lukman Mohammed in a sorrowful statement wondered why a citizen will need a protocol letter before securing an employment in Ghana, challenging that authorities should set in motion measures to eliminate the canker in question for the good of the poor.

Speaking to participants of the gamma reach out event, he stressed that the aforementioned abnormality should provoke the youth to use their ingenuity to create a job of their own than always relying on government.

*GAMMA GROUP REACH OUT EVENT*
The reach out event was for the youth of Asokore Mampong Municipality and beyond.

Participants were briefed on what the NBU Project entails, its component and were offered opportunity to apply for enrolment as trainees via online.

Announcing during the event, the hub Manager Mr. Samuel Aboagye announced that the training program covers a six months period.

After submission of application via the internet, applicants will be interviewed by facilitators and will be made to write an aptitude test. Those who come out successful he noted will be selected for the free training.

*EXPERIENCE*
Emmanuel Cobbinah, CEO for Living Greens Landscaping who doubles as a formal trainee in sharing his experience applauded the objective of the program.

Emmanuel Cobbinah shared how he was schooled during the training on entrepreneurial skills, branding, communication, strategic formulation and how he was supported with a seed capital of 100 euros to start his business.

The goal of the project is to stimulate economic growth within the municipality and revolves around objectives including entrepreneurial and employability training for 500 youths within the municipality, strengthening collaboration between the assembly, private sector, civil society and citizens for the promotion of social accountability and transparency.