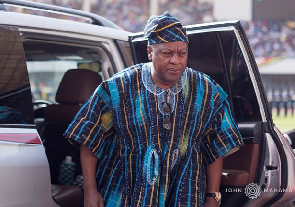 The main opposition said throughout its coverage Wednesday, the state broadcaster failed to show Mahama and the NDC delegation on the screens.

In a tweet Thursday, the NDC said GTV “completely blacked out” on the NDC and former president during the national celebration held at the Aliu Mahama Sports Stadium.

GTV is yet to respond to the claims.

We have taken notice of the fact that the state broadcaster GTV completely blacked out on the @OfficialNDCGh delegation led by former President John D. Mahama @JDMahama and including national chairman Samuel Ofosu Ampofo to the 62nd Independence Day parade in Tamale pic.twitter.com/JG4fhm4GtX