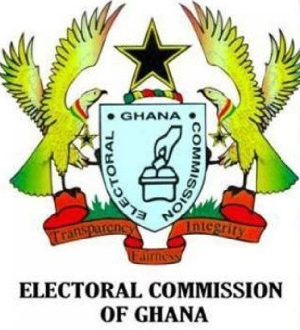 The Greater Accra Regional Director of the Electoral Commission (EC), says Ghana cannot have peaceful elections when citizens’ actions and inactions do not show their commitment to ensuring peace.

According to Mr George Kwame Amoah, it is essential that Ghanaians are tolerant of each other and respect the choice of others in elections.

“This will help us prevent attacks, insults, and intimidation among others, which are creeping into the country’s politics,” he said during the launch of Agents of Peace Campaign.

His comments come after some NPP and NDC members attacked each other after a peace walk at Odododiodio in Accra.

Mr Amoah speaking during the launch by the Church of Pentecost Kaneshie Area, on the theme: “Seek Peace and Pursue It” described the violence as “horrible”.

He stated it was proper to allow political parties to have the freedom to a campaign since Ghana chose the path of democracy.

People should have the opportunity to freely choose candidates or parties they were comfortable with, he added.

Mr Amoah said, “peace is invaluable, don’t take it for granted. Countries who lost peace took many years to get it back. We need to pursue peace even after elections.”

Ghana cannot afford to lose the peace her citizens are enjoying, he noted.

The members of the church present also took the opportunity to pray for the upcoming elections, political parties and security agencies among others.

The launch was characterised by patriotic songs, poetry recitals, and a documentary on some incidences of electoral violence and their effects.

The campaign is expected to be replicated in 87 local assemblies within the Church’s 22 districts.

Mr Amoah commended the Church for the campaign and appealed to the conscience of the people on the need to sustain the peace.

The Deputy Greater Accra Regional Minister, Mrs Elizabeth Sackey, urged all to “walk the talk of peace” and desist from paying lip service to it.

The Greater Accra Regional Director of the National Commission for Civic Education, Mrs. Lucille Hewlett Annan, noted that it would be difficult for people to enjoy their rights if there was no peace.

She appealed to citizens to resort to arbitration, litigation, mediation and alternative dispute resolution mechanisms instead of war to address their grievances.

The Kaneshie Area Head of the Church of Pentecost, Apostle Mike Etrue, appealed to the youth to avoid being used as instruments of violence.

“The youth should not build their muscles in violence but must build faith muscle for peace,” he said.

He appealed to political leaders to seek peace because that remained paramount in Ghana’s democracy and development.