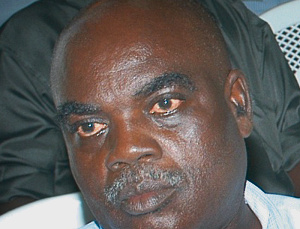 Three former big shots of the Ghana Football Association who dragged the association to court in 2014 are still battling the Association in their quest for the GFA to pay them in excess of over one million dollars (US$1,350,000.00) as agency fee for what they claim to be their role in brokering the Black Stars-GNPC sponsorship deal, almost a decade ago.

When asked whether WestHead Limited approached the GNPC to sponsor the senior national team, Mr. Ahwoi quizzed Ghana News Agency in 2012 “who are they? I have not even heard the name before. We met as an outfit and decided to support the Black Stars as part of our corporate social responsibility.”

He told GNA Sports “I have already told Kwesi Nyantakyi (Former GFA President) that they risk losing everything if they continue with this claim, which is untrue and he has totally agreed. I will not tolerate that. The next thing you will hear is that I supervised this for a kick-back when indeed our decision to sponsor the team emanated from us and no such third party called WestHead”.

Ato Ahwoi, himself a former board chairman of Accra Hearts of Oak SC and a great lover of football, also stated in an interview with Asempa FM’s Sports Morning Show that the idea to sponsor came directly from the Board of GNPC before approaching the GFA.

Despite Mr. Ato Ahwoi’s claims at the time, the Directors and owners of WestHead Limited (Aloysius Denkabe, J.Y. Appiah and Owuahene Acheampong) insisted they worked to make the deal happen and thus proceeded to court to seek redress.
The issue has been in court for over 6 years now with no idea when finality would be brought to it.

The GFA continues to go to court to defend the case, for should the WestHead Limited win the case, the Association would be hard hit at the time the full sponsorship money had long been spent on the Black Stars over 5 years ago and would add to the long list of debts to be serviced by the Association.

The huge debt, hanging over the heads of the GFA resurfaced following the coming into of the new administration to the tune of over GHc11 million with some of the debt incurred over a decade ago.

The issue has become an albatross hanging over the heads of the new GFA administration and has been dubbed “Legacy Debt”.

The Claim by WestHead Limited alone will add over 7.5 million Ghana Cedis (using exchange rate of GHc5.6 to US$1) to the GFA debts.