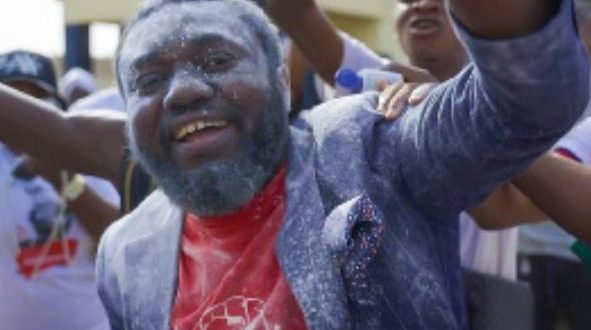 Share
The police have released the outspoken convener of the #FixTheCountry movement, Oliver Barker-Vormawor.

This was after he was arrested in the early hours of Tuesday, May 17, 2022, while on his way to court.

Updating the public on what happened, especially since his lawyers said they were not aware of the reason behind his arrest, Barker-Vormawor indicated that he was arrested at 7:30am and stripped down.

He added that he had been charged with “careless driving.”

“Stripped down and kept in police cells for 8hours, for a “road traffic offence” apparently 30,000 cedis bail and 2 sureties,” he wrote.

Oliver-Barker was reportedly arrested on his way to a Tema high court where he had a case this morning but was picked up by the police without any reason.

Oliver Barker-Vormawor’s latest arrest will make it the second in 2022.

He was arrested and has been charged with treason felony over a coup post on Facebook said, while on the plane, he typed out what he would tell the judge and sent it to a friend before he landed in Ghana on February 11, 2022. 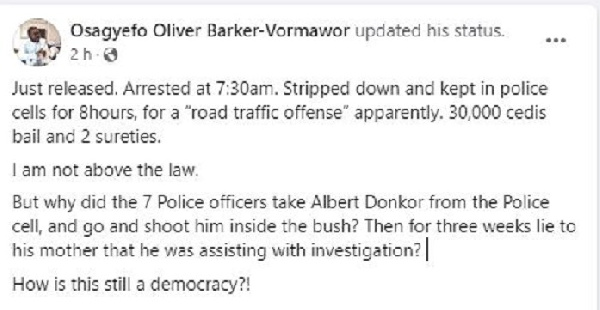