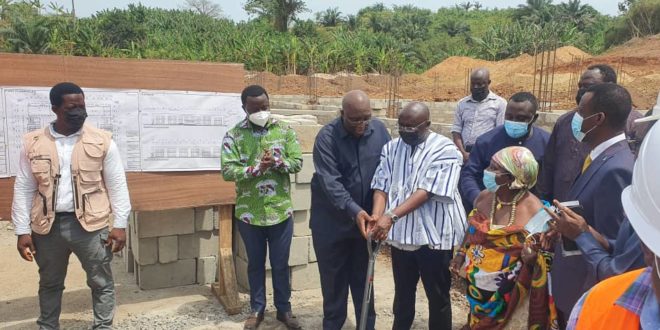 The New Patriotic Party (NPP) presidential candidate aspirant and Member of Parliament for Essikado-Ketan Constituency, Hon. Joe Ghartey, has said that his constituency and Essikado in particular is becoming an education hub.

According to him, this started having economic impact in Essikado and its environs. 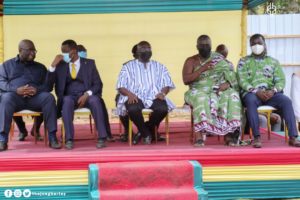 The former Railways Development Minister made this known recently when Vice President Dr. Mahamudu Bawumia cut sod on behalf of Government for the construction of a 21st Century Lower Secondary in Essikado in the Western Region.

Hon. Ghartey who spearheaded the formation of the UMAT School for Railway and Infrastructurual Development, said “today, there are students in level 200 in the University and they have started certificate courses as well.” 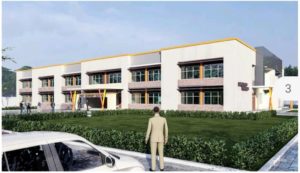 He added that “So, what is happening is that, this area is becoming a hub for education and it already its starting to have an economic impact on the surrounding area.” The new 21st Century School is next to the Railways University.

He explained that “if you go to the Kojokrom for example, the demand for housing is now on the rise, the same in Ketan and the same is happening in Essikado. He said that so quite apart from the fact that it will bring education to this area, educational facilities as huge as this, also have economic impact because people come and engage in economic activities within the schools and the surrounding area. He thanked government for what it has done but said like Oliver Twist, they would always ask for more.

He also thanked Omanhin Nana Kobina Nketsia “who insisted that he wanted a place like this and played a big role in having it here.”

On his part, Dr. Bawumia thanked the “indefatigable MP for Essikado ” Hon. Ghartey for his role in ensuring the 21st Century Lower Secondary project had come to the area and the sod was being cut. 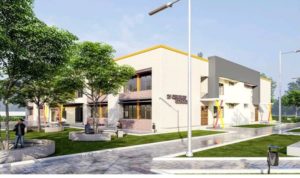 According to Dr. Bawumia, “STEM education goes beyond school subjects. It gives a skills set that governs the way we think and behave merging science, technology and engineering and mathematics education and it will help solve challenges the country faces today.” 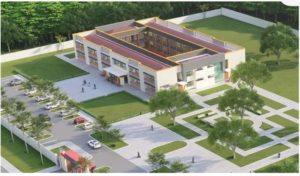 He added that “It is for these reasons that we are building these module 21st Century Lower Junior High Schools across the country.” 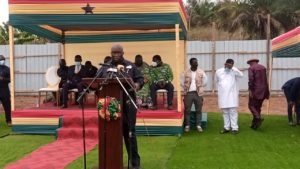 The Vice President explained that the school for which sod has been cut will be two-storey, 10-unit classroom block, adding that “It is very modern and has five laboratories; biology laboratory physics laboratory, chemistry laboratory, computer laboratory and also robotics and artificial science laboratory.”