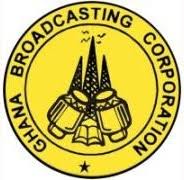 The State Broadcaster, Ghana Broadcasting Corporation (GBC), needs about GH¢600,000.00 for the live coverage of the 2020 Election Petition.

The amount-a sum of GH¢15,000.00 a day for the 42 days of live coverage of the Election Petition, will go into the purchase of link-a technology that will upload production from the courtroom for broadcasting.

A source at GBC told GNA that the Corporation is struggling to raise the amount and now depends on its Internally Generated Funds (IGF).

Meanwhile, checks have revealed that GBC’s IGF is basically a “hand to mouth” situation, unable to cover its operations.

GNA gathered that in 2017, a client made a claim against the Corporation for breach of contract arising out of purchase of airtime between 2007 and 2011.

That situation compelled GBC to go into a settlement agreement to the tune of GH¢9 million, though the value of the four contracts was allegedly less than GH¢800,000.00.

The source revealed that, after GBC paid GH¢1.8 million, a committee of inquiry was set up to interrogate the transaction.

The findings of the committee helped the Corporation to stop a garnishee order against it.

That, notwithstanding, the Corporation is said to be struggling to raise enough IGF to pay about GH¢18 million owed its retired staff.

Previous No masks, no entry – GPRTU tells passengers
Next Police Arrest 97 People For Not Putting On Nose Mask