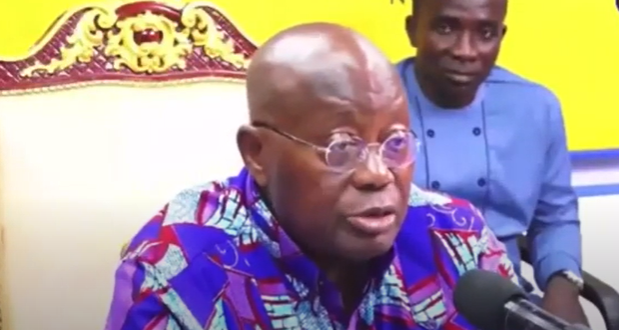 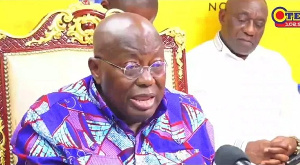 It appears the meeting between the president, Nana Addo Dankwa Akufo-Addo and the disgruntled members of the majority caucus of Parliament who want Ken Ofori-Atta fired as Finance Minister was a box office event as the MPs stood to their grounds and remained resolute in their bid to have Ken Ofori-Atta ousted, failure of which they were going to hold the government to ransom.

Multiple reports from journalists who claim to have inside information about the meeting indicate that the meeting was a heated one, inundated with exchanges from both the presidency and the members from the legislative arm of government.

The meeting according to Omanhene Kwabena Asante of Asempa FM had in attendance members from the clergy, respected chiefs and accomplished businessmen who were brought in to negotiate on behalf of the president.

He explained that Kennedy Agyapong who was brought in to talk the MPs out of their decision ended up stoking the flames as he gave the president and government his ‘honest’ piece.

According to Omanhene Kwabena Asante of Asempa FM, the president was left petrified by the sheer determination of the MPs to get his cousin sacked.

“I have my ears in the president’s office, he was dismayed. In Akan dialect, we would say ‘waf) (meaning he was wet”. The MPs were insisting that they were not going to accept his offer. There was someone from the Pentecost Church in there playing a major role, I want to advise him to remove himself.

“I’m happy the likes of Kennedy Agyapong told the president their piece of mind. Ken was brought in to intercede on behalf of the minister but he said the truth. There was a chief who showed up, they pushed him away. The way they gave it to the chief. The MPs were angry. You can ask Kyei-Mensah-Bonsu if it was an easy situation. There were academicians, religious leaders, opinion leaders, and accomplished businessmen. The president was as calm as a boiled kontomire stew,” he said on the show.

Nana Ayew Afriyie, MP for Effiduase Asokore in an Oyerepa FM interview revealed exactly the words of President Akufo-Addo to the MPs.

He stated that President Akufo-Addo promised that by the end of the three-week ultimatum, there would be no need for the MPs to make further demands.

“He promised us this way, after the end of the budget it won’t be necessary for us to come to him because of what he would do about the finance minister.

“Because by then, there will be no need to come back to him. He can do any of the following: Sack the finance minister, reshuffle, re-assignment, or a replacement. He will do something that will not require us to come back to him,” he said.

At the end of the meeting, a compromise was reached that Ken Ofori-Atta would be allowed to continue the negotiations with the IMF, after which a decision would be taken on his future.