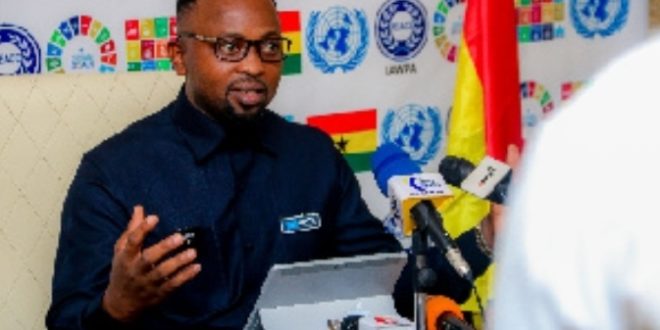 He has also advised political leaders, including Ministers of State, Members of Parliament to willingly reduce their salaries and review certain privileges offered them.

That, he said will encourage the public to accept the E-Levy and pay it willingly.

The Finance Minister, Ken Ofori-Atta, who announced the introduction of the E-Levy said it will be used to undertake developmental projects, adding that the tax will widen the tax net and rope in the informal sector.

Ever since the E-levy was mentioned, most Ghanaians have spoken against it, and have expressed worry over the tax.

The opposition has also refused to accept it for its passage, saying the tax is nuisance and so it will burden the ordinary Ghanaian.

Speaking with the media, Dr Samuel Owusu, said he is not against the E-levy but he was of the belief that people will be encouraged to accept it if the President and all other leaders cut down their salaries and allowances.

“Mr President and Ministers of State, I am appealing to you to look at how the President of Ukraine is leading his country.

“If you had reduced your salaries and allowances at the time you introduced the E-Levy, will it not help the country? Will it not encourage the youth to embrace it, but at the time we are asking for the E-levy, it is the same time we are traveling with private jets,” he said.

Dr Samuel Owusu added that, “We are appealing to our leaders to suspend certain things. If you listen to what I am saying, it will help you.

“It will be prudent to hear that the President’s fuel allowances and that of the Ministers have been cut at the upcoming 65th Independence Day celebration, Per diem has been cancelled and you will see how Ghanaians will hail you.

“You will see how Ghanaians will hail you when they hear that you have cut down on salaries by 20 or 30 percent,” he said.

He continued that, “The President can say that because we want the country to develop and we want to do things with our own money, I am bringing this or that, the Ministers are also bringing theirs, leadership by example. Let us start with the leaders and this will boost the confidence in the people.”

Previous Sunyani High Court jails Nsoatre rival chief
Next Will you be able to govern the country should a coup occur? – A/R Minister rebukes NDC