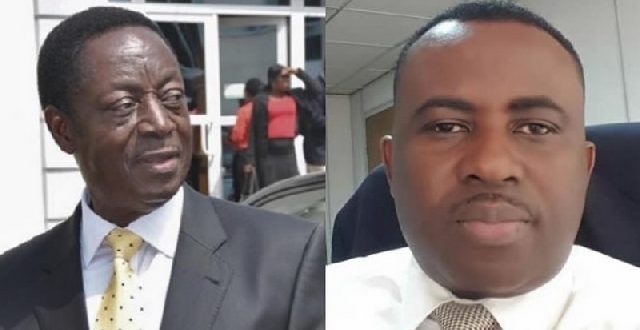 An Accra High Court has granted bail to former Finance Minister Dr Kwabena Duffour, a former Second Deputy Governor of the Bank of Ghana Dr Johnson Pandit Asiama, and seven others for being complicit in the collapse of the now-defunct uniBank Ghana Limited.

The accused persons earlier pleaded not guilty to some 68 charges preferred against them by the state.

They are facing charges such as fraudulent breach of trust, money laundering, willfully causing financial loss to the state and falsification of documents.

Lawyers for the accused persons prayed the court to grant them bail.

They were admitted to a bail bond of GHS60 million each with three sureties, all to be justified.

They have also been instructed to deposit their passports at the courts within 48 hours and officially write to the court anytime they want to travel.

A document dated February 5 said Kwabena Duffuor II and Ekow Nyarko Dadzie-Dennis, in 2014, agreed to act together with a common purpose to dishonestly appropriate the sum of GHS48,269,477.75 which was entrusted to them in trust for depositors of uniBank Ghana Limited.

This, the state said, amounts to fraudulent breach of trust contrary to section 128 of the Criminal Offences Act, 1960 (Act 29).

According to the state, the two individuals transferred the said amount to related parties of uniBank Ghana Limited knowing it to be proceeds of crime