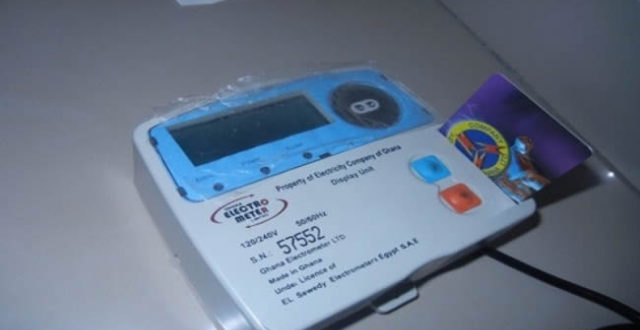 The Ashanti Regional Strategic Business Unit (SBU) of the Electricity Company of Ghana (ECG) has cautioned the public against paying money to any person for the replacement of their postpaid to prepaid meters.

It said replacement of the meters was  free and done by the company at no cost to the customer.

The unit said it had picked information that some of the contractors engaged to undertake the company’s replacement exercise in parts of Kumasi were asking the customers for money to buy cables and conductors to replace the meters for them.

The company has intensified its replacement programme in Kumasi and has engaged contractors to carry out the exercise.

The company, he said, had so far installed close to 230,000 of prepaid meters in the Kumasi metropolis.

Mr Baidoo emphasised that it was illegal for any contractor to ask customers to pay money for anything.

According to him, the company was taking care of the cost of the replacement of the meters and all other equipment and items needed for the replacement.

He called on the public not to hesitate to report anyone who demand  money to pay for anything.

Mr Baidoo, however, explained that the replacement exercise was different from the acquisition of a new meter and that anyone desiring to acquire a meter or extend power to their houses must apply through the offices of the company and go through the process.

He said anybody who pays money to anyone outside the office with the intention of acquiring a new meter “does so at his own risk.”

According to Mr Baidoo, the rationale for changing all the post-paid meters to prepaid was to afford the customers the opportunity to manage their consumptions and also help the company to control the incidence of power theft.

He explained that some customers placed the meters at places that were not accessible to the staff of the company thereby making the taking of the readings of such meters virtually impossible.

Mr Baidoo further appealed to the customers who had had their meters replaced not to rush to the offices of the company to ‘register’ their meters.

He said the offices of the company had been inundated with customers coming to ‘register’ their meters and that, according to him, had put unbearable pressure on the staff.

According to him,  “there is nothing like registration of meters” and explained that after the replacement, “the meters are loaded with credits between GH¢15 and GH¢30 for residential customers depending on the type of meter and this is to allow the company time to resolve whatever issue there is with the meter through the customer management software.”

He said the customers could top up their credits from any vendor and that there was no need to go to the offices of the company.