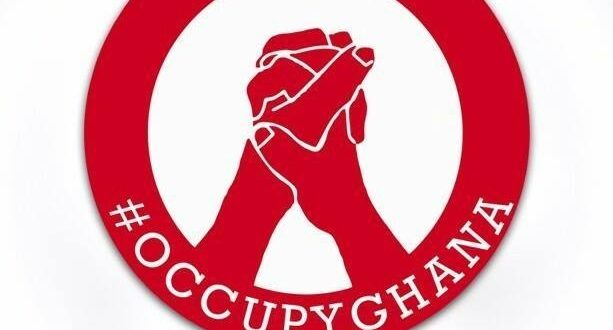 Pressure group, OccupyGhana (OG) has called on the government of Ghana to deal with all separatist groups using criminality to demand secession from Ghana.

OccupyGhana, however, wants the government to address legitimate demands that can be addressed.

In a statement issued on Monday, 5 October 2020, the pressure group said the government must not secede any part of Ghana to any group.

“We urge the Government to ascertain any relevant and justified grievances and address those that are capable of being addressed. This would be proper and in line with the constitutional injunction on the State to ‘foster a spirit of loyalty to Ghana that overrides sectional, ethnic and other loyalties.’”

“However, we urge the Government to firmly assert that secession, separation or severing of any part of this great nation is a treasonous anathema that should not and cannot even be broached or be on the agenda…” the statement said.

Different secessionist groups who claim to be Western Togolanders, have launched attacked in different parts of the Volta Region.

In the first attack on Friday, 25 September 2020, they seized two police stations, took the officers hostage and stole weapons from the armouries after blocking entry and exit points in the Volta Region.

In the second attack, they torched two buses at the Ho STC yard on Tuesday, 29 September 2020.

The groups say the Volta region is not part of Ghana and demanding independence from Ghana to rename that part of the country Western Togoland.

(2) Non-Negotiability of National Territories, And

OccupyGhana®️ notes with very grave concern the emergence of a separatist or secessionist group composed by persons identifying themselves as ‘Western Togolanders’ in Ghana. We acknowledge the initial response of the Government in dealing with and containing the matter. However, we should not be lulled into a false sense of security, especially as an election approaches.

By this statement, we call on the Government to ascertain and address any legitimate demands that could be addressed, in the spirit of our shared nationhood. However, it should be clear to all that our nationhood and the territories of this nation are non-negotiable. And, individuals who have broken the law should be made to face the law.

The legislative history leading to British Togoland becoming a part of Ghana is uncontestable. It starts from the August 1914 World War I British invasion (launched from the Gold Coast) of the western part of the then German colony of Togoland, the formal annexation in 1916, the 1919 Franco-British Declaration (modified by the 1929 Protocol), the 1922 League of Nations recognition of the British Mandate and the 1946 United Nations Togoland Trusteeship Agreement. It also involves the 1954 Gold Coast (Constitution) Order-In-Council, the 1955 UN General Assembly Resolution 944(X), the 1956 Plebiscite, the 1956 UN General Assembly Resolution 1044(XI), the 1957 Ghana Independence Act and the 6 March 1957 letter from Allan Noble, UK Foreign Secretary to the UN Secretary-General.

Having adopted this inclusive definition of ‘the Gold Coast,’ the Independence Act then provided that that ‘Gold Coast…SHALL as from [6 March 1957] TOGETHER FORM part of Her Majesty’s dominions under the name of Ghana,’ and that ‘as from [6 March 1957], Her Majesty’s Government in the United Kingdom shall have no responsibility for the government of Ghana or any part thereof.’ It is therefore indisputable that the union, independence and renaming occurred under the same law, on same date, at the same time and by the same action. It is therefore blindingly obvious that the claim that some other or further document or action was required to unite the then British Togoland with the rest of the Gold Coast, is palpably baseless and profoundly false.

This is the legislative basis of the union under which Ghana emerged as a beautiful amalgam of various proud nations and peoples coming together under different circumstances. But of all the nations and peoples that became Ghana, it was only the people of the erstwhile British Togoland (comprising the Mamprusi, Dagomba, Gonja, Buem-Krachi, Ho and Kpandu Districts) who were given a choice, a say, a vote, in the decision whether or not become part of this great nation. They exercised this choice at the 1956 Plebiscite, which UN General Assembly Resolution 1044 said was ‘held in an atmosphere of freedom, impartiality and fairness,’ when a majority voted to unite with the then Gold Coast. That union was achieved on 6 March 1957 in accordance with the 1957 Ghana Independence Act. No one can undo what was done and how we became one nation.

ONE NATION, ONE PEOPLE…

We are one people under one flag and in one, indivisible nation that has preeminence over the several nations that we had belonged to. Although we recognise and celebrate our beautiful, varied, diverse and distinctive historical antecedents, languages, traditions and tribal authorities, Ghana has from its birth rejected formal, political delineations along tribal lines.

That is why the first post-Independence Parliament passed the 1957 Avoidance of Discrimination Act, which is still in force, and which ‘prohibit[s] organisations using or engaging in tribal, regional, racial or religious propaganda to the detriment of any other community, or securing the election of persons on account of their tribal, regional or religious affiliations.’ The punishment for flouting this Act is up to three years in prison.

The 1976 Prohibited Organisations Act was passed when similar secession cries emerged. That Act specifically declares as unlawful and prohibited, any organisation ‘howsoever called, whose objects include advocating and promoting the secession from the Republic of Ghana of the former British Mandated Territory of Togoland or part of that territory or the integration of that territory with a foreign territory.’ The Act also makes it an extra-territorial crime to belong to any such organisation or for it to meet, advertise, campaign, use slogans, and/or obtain support or financing. The punishment for flouting this Act is up to five years in prison.

Concerning the Ghana and her territories, the Fourth Republican Constitution (which we adopted, enacted and gave to ourselves with near-unanimity through the 28 April 1992 Referendum) provides that ‘The sovereign State of Ghana is a unitary republic consisting of those territories comprised in the regions which, immediately before the coming into force of this Constitution, existed in Ghana.’ It affirms that ‘all persons [are] equal before the law’ and prohibits discrimination on grounds of ethnic origin among others. It also places a duty on the State ‘to actively promote the integration of the peoples of Ghana and prohibit discrimination and prejudice on grounds of place of origin, circumstances of birth, ethnic origin’ among others.

This is who and what we are and shall remain.

We urge the Government to ascertain any relevant and justified grievances, and address those that are capable of being addressed. This would be proper and in line with the constitutional injunction on the State to ‘foster a spirit of loyalty to Ghana that overrides sectional, ethnic and other loyalties.’

However, we urge the Government to firmly assert that secession, separation or severing of any part of this great nation is a treasonous anathema that should not and cannot even be broached or be on the agenda. And, to the extent that the laws of Ghana (including our criminal laws) have been breached and broken in the wake or on the back of these demands, we urge the Government to prosecute any suspects to the fullest extent possible under those laws. Any brazenness of any illegal group should be matched with a strong enforcement of the law.

Still in the service of God and Country