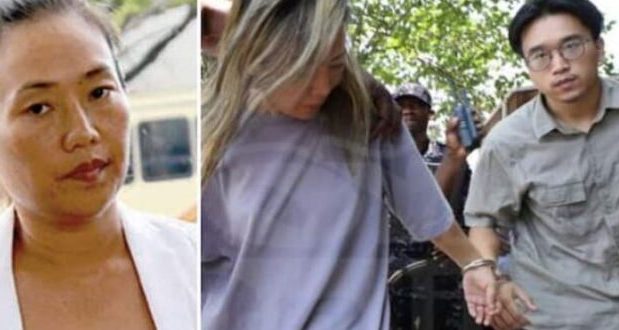 The High Court in Accra presided over by Justice Lydia Osei Marfo has threatened to release the four persons said to be accomplices of Aisha Huang who are facing charges concerning illegal mining due to challenges in securing interpreters.

While adjourning “this case for the last time,” Justice Marfo said, the court will release the accused persons ”either conditionally or unconditionally” should there be no interpreter capable of speaking Chinese and Vietnamese language.

Three Chinese nationals – Shi Yang alias Philip, Li Wei Guo and Shi Mei Zhi were charged for engaging in small scale-mining without a licence, contrary to section 99(2)(a) of the Minerals and Mining Act, 2006 (Act 703) as amended by Act 995 of 2019.

They have all pleaded not guilty on their second appearance on October 24.

But, due to a lack of an interpreter, the plea of Nguyen Thi Thanh Tuyen, said to be Vietnamese – charged for remaining in Ghana after the expiration of a permit contrary to sections 20(1) and 52(1)(d) of the Immigration Act, 2000 (Act 573) is yet to be taken since September 16.

In court on Tuesday, November 1, when the case was called for her plea to be taken, an arrangement made for a Vietnamese interpreter to appear failed.

The court had on October 24, directed the Registrar of the Court to ensure there was an interpreter in court at all times that the matter comes up until the final determination of the case.

However, the directive failed to materialize and the Registrar of the Court provided an explanation to the court.

The Registrar while updating the court said, “We had an order or information to get a Vietnamese interpreter” and “so, my Registrar wrote to the Court Manager to facilitate the same.”

The Registrar said, “The office of the Court Manager also wrote a letter to the Head Office for a letter to be written to the (Ghana) Institute of Languages (GIL) and the office wrote.”

He told the court that the GIL linked them up to a gentleman called Brother Solomon who was to facilitate the Vietnamese interpreter.

“According to Brother Solomon, the interpreter has traveled out of the country and he (Brother Solomon) was in constant touch with him.

“We have tried all this while to have the interpreter come down to help. The last thing he (Brother Solomon) said was if it can be done by zoom,” the Registrar told the court.

He added: “I went with the Chief of Interpreters with Judicial Service to see the Court Manager and she agreed that the zoom can be done,” he noted.

The Registrar however said, “The challenge is they need the interpreter’s email for the zoom to be done.”

“We have called Brother Solomon to get the interpreter’s email” and, “he said he has forwarded everything to him but he has not responded.”

According to the Registrar, “he said he will do everything possible to get the email for the same to be forwarded to us for the zoom link to be done.”

He said, “As of this morning, we have tried getting in touch with bro Solomon but he is not responding.”

“So the Chief Interpreter also came to my office this morning (Tuesday) and he called a lady from Ghana Institute of Languages to tell her about the situation and she promised to call back.

“She called back to say he was calling Brother Solomon but he is not picking up,” he told the court.

Her Ladyship Lydia Osei Marfo said after listening to the Registrar said, the challenges go beyond the court.

“We were to take the plea of the fourth accused today since the last adjourned date she has indicated she speaks only Vietnamese.

The Court said, “Clearly, the Judicial Service has no interpreter to these languages. In fact, the interpreter for the Chinese language is equally not a staff of the judiciary.”

The judge said, “Incidentally, he was provided by the Ghana Institute of Languages.”

“Today, (Tuesday), he too is not in court because he had had to travel outside the country to undertake his own business activities. This is rarely a challenge of the court,” she noted.

The judge said, “This court cannot effectively hear this case. We are not sure of the court interpreters who can speak the languages of these accused, especially those who can speak international languages like Chinese, Vietnamese, Dutch and Spanish.

“I will adjourn this case for the last time in this court for a Chinese and Vietnamese interpreter. I will release the accused persons either conditionally or unconditionally.

According to EIB Network’s Legal Affairs Correspondent Murtala Inusah, the accused persons could be discharged in the next 20 days. The case was adjourned to November 21, 2022.

On September 16, four more persons said to be accomplices of notorious galamsey kingpin Aisha Huang were remanded by the Criminal Division of the Accra High Court.

The four are made up of three Chinese nationals and a Vietnamese whose permit to stay in the country is said to have expired.

Per the brief facts presented to the court by Mercy Arthur, the Principal State Attorney, a team of personnel from the Ministry of National Security, Accra upon receipt of intelligence arrested the accused persons on September 14, 2022.

She said, the first, second, and third accused persons are Chinese nationals and were arrested together with the fourth accused person, a Vietnamese national, from their residence at Paraku Estates near Daban, Kumasi in the Ashanti Region.

The Principal State Attorney said preliminary investigations revealed that the four accused persons were involved in prohibited mining transactions with En Huang @ Aisha and other Chinese nationals at mining sites in the Obuasi municipality.

She told the court that a search conducted at their residence at Paraku Estates, Kumasi revealed five payment receipts of evidence of the purchase of mining concessions.

“In addition, it was disclosed that the accused persons together with others use WeChat, a social media platform for all correspondences in relation to their illegal mining activities,” she noted.

According to her, investigations further revealed that the fourth accused person was issued an extension of permit on May 9, 2022 to remain in Ghana until August 8, 2022 but at the time of her arrest, the permit had expired.

“The four accused persons have been detained to assist with investigations and frantic efforts are being made to find and arrest their accomplices, the Principal State Attorney noted.