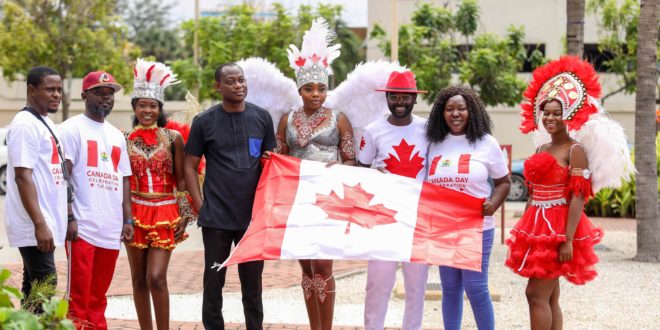 GhanaFest Toronto, with the motto; Strength In Unity recently celebrated Canada Day, that is Canada In Accra, donating some items to Klicks Africa Foundation. 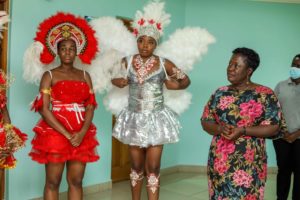 The foundation visions to anticipate young adults with Autism and other intellectual abilities strive to reach their full potentials.

The event took place at Mövenpick Ambassador Hotel, Accra, where the event started off with a Flag raising activity. 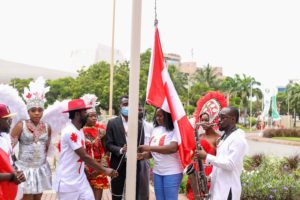 Canada Day event celebrates the birthday of Canada. It is believed that, 155 years ago, Canada on July 1, 1867 became a new federation with its own constitution. Canada signed the Constitution Act, which is formerly known as the British North America Act.

It is again believed that, the pathway taken on Canada Day 2022 shines a light on people in Canada, as well as on Canadian diversity, inclusion and youth. Wherever you are, take part in July 1 activities and celebrate what makes you proud. 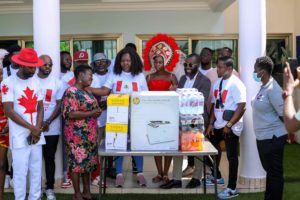 Elders of Ghanafest Toronto on behalf of the Canada Day celebration made a donation to Klicks Africa Foundation.

Dj Mensah & Andy Dosty  who was part of the team admitted that; 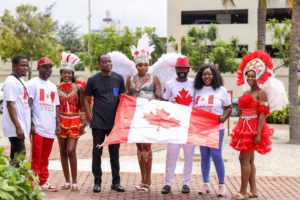 “we thought it wise that you are doing a wonderful job in supporting our dear younger ones. We found out what the school needs so that we can support in our own small way. By the Grace of God we have been able to acquire some in our own small small way.  Today being the “Canada Day”, we chose to have the donation”. 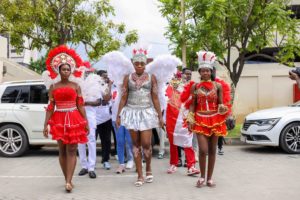 According to Madam Mary Amoah Kuffour who happens to be the Co-founder of the Foundation, they have their doors opened so that, people can learnt about autistic beings adding that, some of the kids only need love and exposure in regular environments in order to cope.