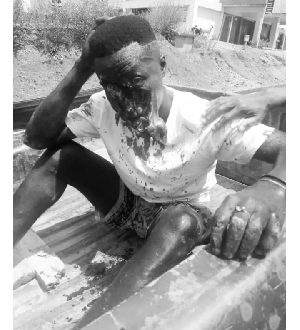 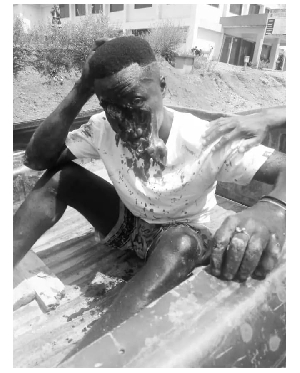 The fight against road accidents has been a very dicey one. The past few weeks have seen some serious roads accidents claiming many lives with others sustaining various degrees of injuries.

Education about how to reduce or end road accidents are always being trumpeted but it seems the situation is not getting any better.

However, the probable causes of these motorcycle crashes are over speeding, lack of formal motorcycle training, riding under the influence of alcohol, weak law enforcement and rampant violation of the road traffic regulations…

The face of a commercial motorcycle rider Prince Amoah, 31, has been disfigured by a serious injury sustained in a horrific crash at Akyem Takworase in the Denkyembour district in the Eastern region.

According reports, the crash happened around 1:00 pm on Wednesday near Akyem Takrowase police station when they were involved in the near-fatal crash with a vehicle.

Additionally, according to Sources, the rider in a serious condition was referred to Korle Bu Teaching Hospital and surgery was performed on his disfigured lower face but he’s unable to eat hence fed through nasogastric (NG) intubation. 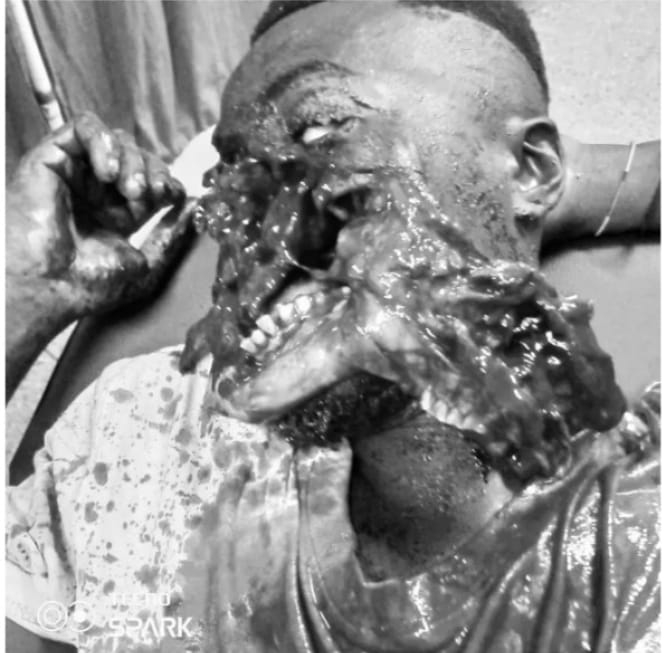 Commercial motorbike operation is illegal in Ghana, however, it has become a booming business for thousands of youth in parts of the country.