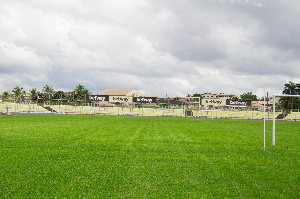 Asante Kotoko SC would commence the Africa campaign this weekend with a game against FC Nouadhibou in Mauritania while Ashantigold SC stays in Obuasi to welcome Salitas FC of Burkina Faso.

Previous Sale of alcohol near polling stations is an offence – EC
Next [VIDEO]: Rawlings’s death not natural – Bishop Owusu Bempah