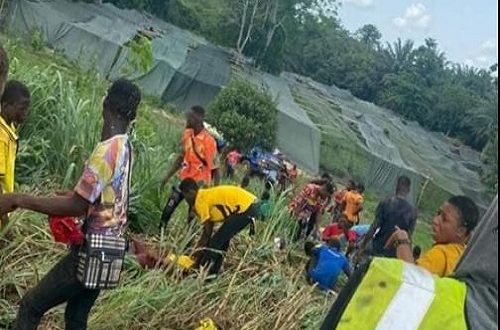 A player of a lower division side, Real Tettekwao United has died in a gory accident in the Ahafo Region, GhanaXtra.Com has learnt.

The player, Fuseinu Mohammed died on the spot following the fatal accident which occurred on Sunday, May 2, 2021.

According to multiple media reports, Real Tettekwao United FC were on their to play a pre-season friendly against Union Rovers in Goaso when the accident occurred.

The accident reportedly happened at the Akrodie junction on the Goaso-Bibiani highway.

Several other members of the contingent also sustained various degrees of injuries.