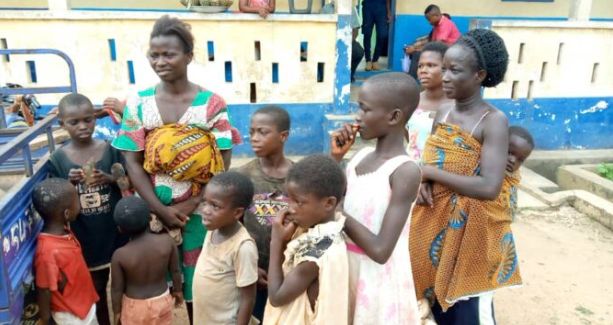 C/R: 4 women arrested for denying their children education, involve them in hard labour

Share
Four women have been arrested by the Ajumako Police Command in the Ajumako Enyan Essiam District of the Central Region for denying their children education and forcing them into child labour.

The women together with the children were seen packed in a tricycle from Ajumako Kokoben to Ajumako Essaman and were arrested at Ajumako in front of the District Police station. 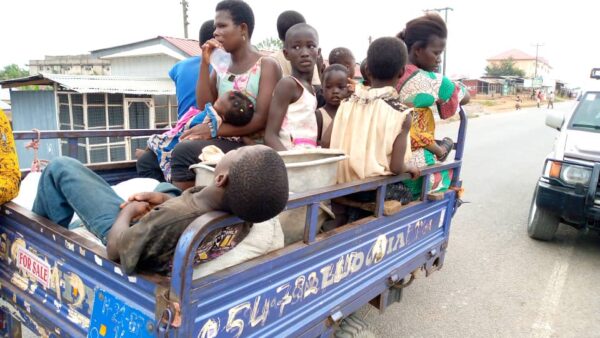 Investigation conducted by EIB Network Central Regional Correspondent Yaw Boagyan revealed that, the children were being transported on Thursday, March 24 at about 5:30 am, to farm instead of going to school.

Speaking to the Parents of the Children, they said, they were going to farm with the children who have never stepped in the classroom because they don’t have money to cater for their education.

They said, nobody will take care of them in the house if they left them there so they needed to send them to the farm.

They therefore appealed to the police to forgive them.

The Ajumako Enyan Essiam District Police Commander ASP Stephen Tetteh explained that he caused their arrest because they were infringing on the children’s right to Education and further warned parents to desist from denying their wards their right to Education.

He said the arrested parents will be processed for for court.

Mr. Nana Ato Dadzie said they will educate parents on the need to enroll their children in school.

Previous R Kelly serenades fan over the phone from prison
Next W/R: Another vehicle catches fire