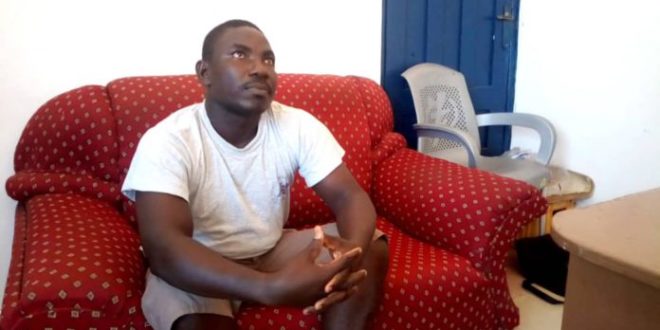 A mathematics tutor at Sawla Senior High School has been dismissed by the Ghana Education Service (GES) for allegedly raping one of his female students.

The dismissal of Ernest Ocloo, 34, and popularly known to his colleagues and the students as ‘OC100’, followed a letter by the directorates of education in the Sawla-Tuna-Kalba District as well as the Savannah Region, recommending the action.

The sack letter was signed by the GES Director-General, Prof. Kwasi Opoku-Amankwa and copied the sector Minister, Dr. Matthew Opoku Prempeh, his deputies and directors, including the affected district and school.

“Mr. Ernest Ocloo has been involved in sexual misconduct with several female students of Sawla Senior High School. He admitted to having sexual intercourse with a female student in the staff common room on the 11th of November, 2019 and claimed it was consensual,” the letter read in part.

According to the letter, Ernest Ocloo is in the habit of harassing female students in the school following his open admission that he took another female student to pass the night in his room in town but denied they had sex.

“By recent practice and precedent, such misconduct is punishable with termination of appointment. Management therefore recommends that the appointment of Mr. Ernest Ocloo should be terminated in line with section 63(iii) (b)(vi) page 86 as contained the code of conduct for Teachers and other workers of the Ghana Education Service…

“It is the expectation of Management that this will act as a deterrence to all staff of the Ghana Education Service (GES) that such conduct will not be countenanced,” the letter cautioned.

Ernest Ocloo reportedly went back to campus after school hours and invited his victim, name withheld, into the school’s staff common room where he allegedly raped her on the floor until she was bleeding.

He then carried her to the girls’ hostel and abandoned her until her colleagues raised the alarm for help before she was sent to the Sawla Clinic for medicals.

The teacher was later arrested by officers from the Sawla-Tuna-Kalba District Divisional Police Command after some days.

He was put before the Bole Magistrate Court where he was charged for rape and detained in police custody.

He was later granted bail waiting for recommendations from the Attorney-General’s Department for the next line of action.