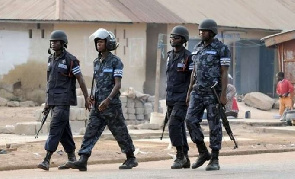 The victims have been identified as the Kwame Henyo of TV Africa and Frank Oteng, a cameraman with the EIB network.

The journalists were reportedly covering a mining story when they were taken hostage by some men believed to be workers of Extra Gold Mining company.

According to a report by Accra-based Citi FM, the two journalists were in Akyem Apampatia community reporting on some abandoned mining pits which were posing danger to residents.

They were, however, later rescued by the Kwabeng Police Command after some colleague journalists in the region raised an alarm.

H explained that his men rescued the two journalists at Extra Gold Mining company, but the assailants couldn’t be traced.

“The Journalist went to a place called Apampatia a community in the Atiwa West District to work and were taken to the chiefs palace initially. So when my attention was brought to the situation I dispatched men to go and rescue them,” DSP Yamoah told Citi News.

“But when they got to the community they had moved them to the site of the mining company, Extra Gold where they have one of their offices there. So my driver and the team went there and rescued them,” he added.