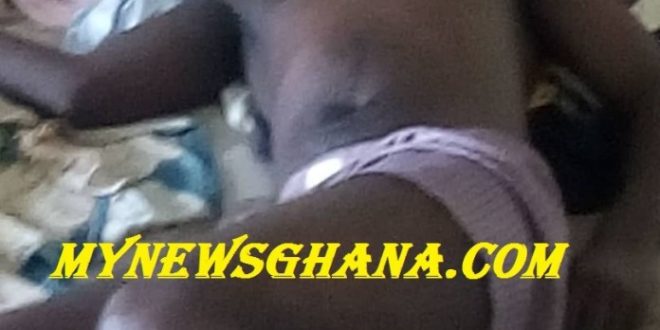 Share
Budget officer for the Assin South District in the Central Region, David Baiden, was Thursday morning found dead in his official residence at Assin Nsuyem Kekyerew, in a case the police is treating as a suicide.
The 36-year-old man who had since Monday, April 1 been absent from work, was found lying dead in his room Thursday morning by his colleagues. A bottle of chemical was found by his side, raising suspicions of suicide.
His body has since been removed from the scene and deposited at the Abura Dunkwa Government Hospital, Onua FM correspondent Kwame Kakraba reported.
The bottle of the chemical has been taken in as evidence by the police in the area who have commenced investigations into the matter.

Some members of the District Assembly told our correspondent that the Baiden left Assin Nsuyem Kekyerew Friday to spend the weekend with his family at Asikuma and returned Tuesday evening.
But on Wednesday, he did not show up at work.
Some of his colleagues were said to have on the back of that, gone to his official bungalow Thursday morning to find out what was wrong only to discover his body.
It is unclear what might have caused his death but the police say the suspect it to be suicide.
District Police Commander, DSP Okyere Andam, who confirmed the incident to our correspondent, said they found chemical on the deceased, noting they will test the chemical as part of the investigations.
Source: Thepressradio.com/Ghana
Asin south 2019-04-04
admin
Share