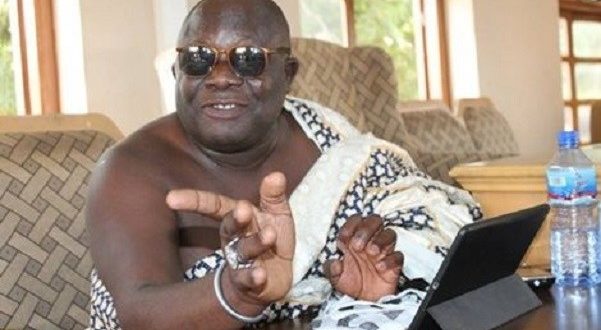 Executives of the opposition National Democratic Congress (NDC) are not living up to the mark because they are on the payroll of the Ashanti Regional Chairman of the New Patriotic Party (NPP), Bernard Antwi Boasiako alias Chairman Wontumi, an official of the part has alleged.

Vociferous NDC stalwart Afrifa Yamoah Ponkoh observed that these persons he refused to name are the same executives the party expects to work with ahead of the 2020 elections wondering what results they can produce with such a conduct.

“Wontumi is really working and he is somebody to be feared. As we speak we have some NDC Executives who are on his payroll. He pays them, he services them…he does so many things for them. Some of them are holding enviable positions in the party and Wontumi is taking care of them. So if he comes out to say during the NDC parliamentary primaries he used money to influence the outcome, I won’t be surprise “, he disclosed on Kumasi-based Pure Fm monitored by MyNewsGh.com.

The Former Municipal Chief Executive [MCE] for Ejisu/Juaben added “I do not fear him but he is a zerious guy who must not be underrated at all. To me NPP has gotten a very good Chairman who understands what he is doing. A very workable Chairman who is toiling for his party”

He cautioned the NDC against downplaying any move by the NPP executive as it has the potential as spelling their doom in the region if they fail to tread cautiously.

Asked by host Kwame Adinkra why he has refused to allow his name be put on the payroll of Chairman Wontumi, he responded” I am dealing with principles but others are dealing with money. I have not seen such money but even if you give me such money I will spend and do what is expected of me. If Wontumi said he says he has used money to influence NDC elections then it is true. This is what is expected of a hardworking Chairman”