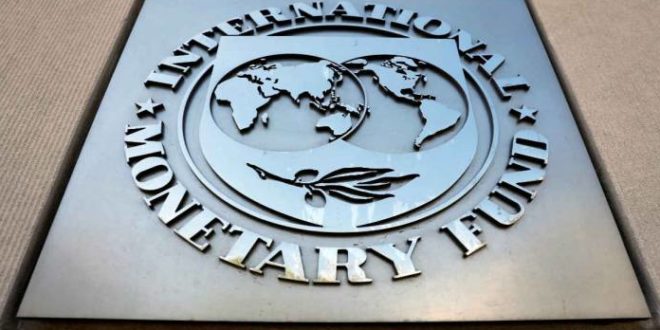 Regarding public debt and fiscal policy in Sub-Sahara Africa, the International Monetary Fund (IMF) has noted that given the unprecedented scale of the coronavirus crisis, an ideal policy mix should include a strong role for fiscal stimulus to support aggregate demand.

However, the Bretton Woods institution said, sub-Saharan African countries need to proceed cautiously on this line.

“Individual circumstances will differ, but most countries will be constrained in their ability to boost spending,” the IMF noted in its Regional Economic Outlook report on Sub-Sahara Africa.

It added that additional external assistance may ease some of these constraints over the short term, but ultimately countries will have to consolidate their fiscal positions to put debt back on a sustainable footing without jeopardizing longer-term growth.

“Assessing a country’s debt sustainability can be difficult, especially in circumstances where future growth is more uncertain than usual. Most countries’ debt-carrying capacity has clearly been diminished—with a weaker outlook for growth, lower reserve coverage, slowing remittance inflows, and a worsening global environment.

“As a result, several sub-Saharan African countries may have been pushed beyond the sustainability threshold. If a country’s debt service exceeds its capacity to pay, it is in the best interests of both creditors and sub-Saharan African borrowers to agree on terms of relief from creditors where needed

(Angola, Zambia). In other cases, fiscal policy will remain focused on the need to contain debt vulnerabilities.

“This will entail careful calibration of fiscal policies to allow greater space for growth-enhancing reforms to support recovery. In this regard, fiscal adjustment will have to rely primarily on domestic revenue mobilization. While each country’s situation will be different, authorities should nonetheless aggressively seek opportunities to: 1) broaden the value-added tax base, 2) increase the progressivity and coverage of personal income taxes, 3) increase the role of property taxes, 4) eliminate distortionary corporate income tax exemptions and incentives, and 5) place greater emphasis on environmental taxes. Also, given the heightened dependence of many countries on extractive industries, natural resource taxation may serve as a further option for domestic revenue mobilization.

“In this context, authorities should investigate the potential benefits of digitalization. In São Tomé and Príncipe, for example, the introduction of e-invoicing has allowed the authorities to expand the tax base into the country’s informal sector, which has lifted revenues even in the midst of the COVID-19 crisis. Other measures might include a more risk-based approach to revenue administration.

“The problem of mobilizing additional revenue and boosting tax capacity also has a global dimension.

“The ability of large international firms to avoid tax has been especially harmful to low-income countries, which are particularly exposed to profit shifting and tax competition. International tax cooperation, therefore, should be a key component of the global community’s response to the current crisis. Working with other international institutions (Organisation for Economic Co-operation and Development, United Nations), the IMF is encouraging a coordinated and multilateral effort to fight tax evasion and tax avoidance, with a particular focus on ensuring that the interests of low-income countries are fully recognized.

“But efforts in this direction often require that the authorities first develop the capacity to protect their most vulnerable residents from a sudden price increase for essential goods. Similarly, concerns about the regressive impact of certain tax reforms.”