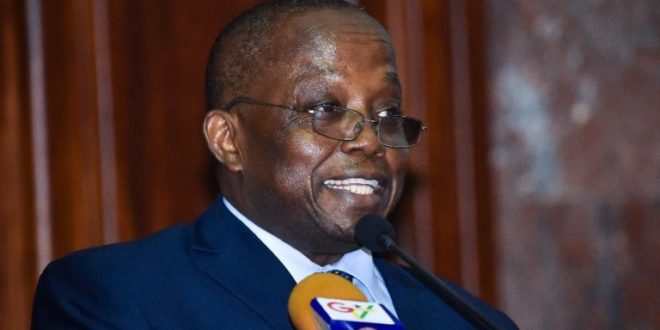 The Auditor-General, Mr Daniel Yaw Domelevo, has dragged the Economic and Organised Crime Office (EOCO) to court for investigating him over certain alleged procurement infractions at the Audit Service.

In an application filed Wednesday, November 20, 2019, at the Human Rights Division of the Accra High Court, the Auditor-General contends that EOCO had no mandate to investigate him or the Audit Service over the alleged procurement breaches.

The application seen by Graphic Online, which seeks to enforce the fundamental human rights of Mr Domelevo, avers that all aspects of the investigations, including taking his caution statement and granting him bail are “wrongful, illegal, null and void.”

According to the application, the body clothed with the statutory authority to investigate corruption-related offences such as procurement breaches is the Office of the Special Prosecutor (OSP) and not EOCO.

“The respondent (EOCO) is clearly acting outside its constitutional obligation to act in accordance with the law in the discharge of of its statutory function and is clearly acting in bad faith,” the affidavit in support of the application stated.

The Auditor-General is seeking among other reliefs, a declaration from the court that EOCO has no “statutory mandate to investigate the Audit Service for any breaches under the Public Procurement Act, 2003 (Act 663)”

He also wants an order of injunction restraining EOCO, its officers, agents or any of assigns from investigating the Audit Service over any alleged procurement breaches.