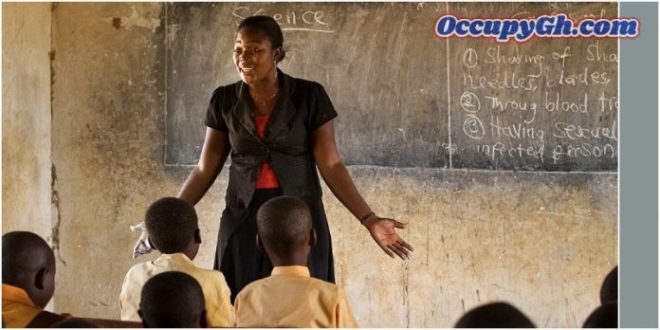 Teachers at East Akyem in the Eastern region are have declared indefinite strike following the gruesome murder of the 55-year-old headmaster of Asiakwa Salvation Army Junior High School.

The deceased, George Somuah Bosompem died at the St Joseph’s hospital in Koforidua where he was receiving treatment after he had been allegedly assaulted by six young men.

His crime was warning these young boys to stay off his backyard where they had allegedly been engaging in all manner of anti-social behaviour.

Though the police has arrested four of the suspects,  two of currently on the run.

The teachers who belong to the Ghana National Association of Teachers (GNAT) say they will only return to the classroom when their security is assured.

Municipal Secretary for GNAT at East Akyem, Thomas Awuah Oppong in an interview on Adom News said they are on a sit down strike until justice is served.

He hinted of a planned demonstration to expressed concerns about their security to the chiefs and elders of the town.

Mr. Oppong said they will only return to the classroom when the two suspects on the run are arrested.