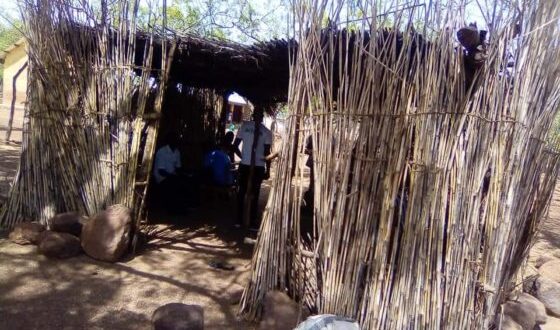 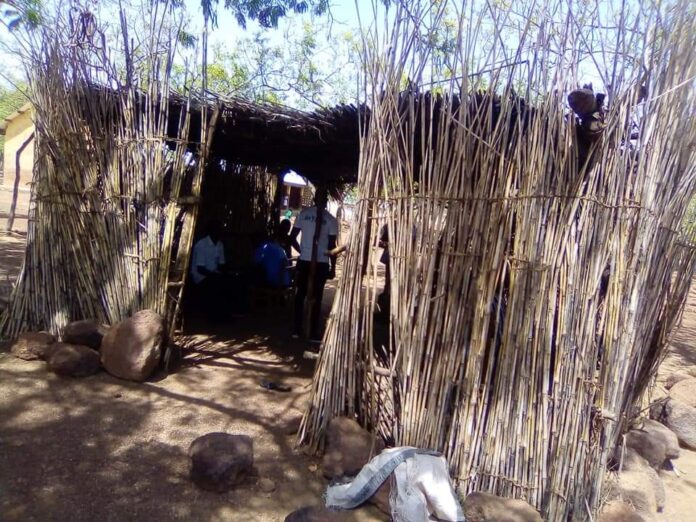 Saint Mary Immaculate Junior High School at Duotang in the Nandom Municipality of the Upper West Region is in a dire need of infrastructure to enhance teaching and learning.

Speaking to Starr News, the Headmaster of the school, Cletus Debuo-Deri regretted that the situation can lead to the loss of important official documents of the school.

The Saint Mary Immaculate Junior High School at Duotang in the Nandom Municipality of the Upper West Region was established in 2013 by the Sisters of Mary Immaculate, a Catholic Religious Congregation.

The School was established to make education accessible to the people in the area and also ease the hassle children were going through to access education. Mary

Immaculate JHS was adjudged the best school in the Basic Education Certificate Examination (BECE) in the Baselble Circuit in 2016, 2017 and 2018.

Teachers are using a tent as their staff common room. The Headmaster of the school Cletus Debuo-Deri is unhappy about the state of affairs.

“Yes the headmaster I took over from was supposed to do official handing over to me but he could not do that because some official documents cannot be found and you cannot blame him. He kept them in his house because there was no office space at the school and he had children. The former headmaster told me he wrote several letters to the Nandom Municipal Assembly for attention but we are yet to receive any response,” Mr Dabuo-Der revealed.

The former headmaster of the School, Festus Sieseg, confirmed to Starr News that several letters were written to the Nandom Municipal Assembly for attention but the school did not receive any response before he was transferred from there.

Starr News Upper West Regional Correspondent Morris Banaamwine was at the Assembly to verify the claim but the Municipal Coordinating Director, Madam Esther Abaching said the Assembly has not received the letters.

“For the staff, the common room is very important but the truth is, there are others who sit under trees to learn so when you are prioritizing you see where the greatest need is. For 2020 the attention was just to build libraries for all the schools within the Municipality so we didn’t go more into infrastructure. But if I should go for the filed if you wish so that we will all go through for you to see. Because I have been receiving the letters and I have minute several of them,” she explained.

Checks from the education file of the assembly revealed that there was no letter from the school to the assembly.

One objective of those in the helm of affairs in the educational sector is to create an enabling environment in all schools to facilitate effective teaching and learning but the lack of an office accommodation which is critical will surely make the realization of that objective very difficult if not impossible.

Previous VIDEO: A look at Ghana’s biggest festival that has been in existence for over 500 years
Next 70% of 2020 WASSCE candidates are Nigerians but Ghana clinched 411 ‘8As’ to their 54 – Bawumia