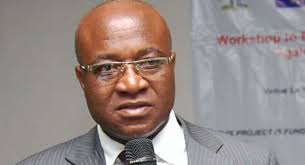 Majority Leader in Parliament, Mr Osei Kyei Mensah-Bonsu is calling for legislation to ban political party vigilante groups though there are moves by the New Patriotic Party (NPP) and National Democratic Congress (NDC) to deal with the matter.

He said the NDC’s back and forth posture on the issue does not augur well for the nation, hence it would be appropriate if the process to end the menace is backed by law.

“I don’t see any seriousness in the NDC as far as banning vigilante groups is concerned. What is with this back and forth and writing letters bringing conditions every single day? If that is what’s going to happen, then it is important that we have a law to back the banning of the matter. If the bill is passed, no political party would be engaged in such pettiness,” he stated on Accra based Okay FM monitored by Adomonline.com.

The opposition NDC has asked the National Peace Council to select a venue for the dialogue between them and the NPP on how to disband their vigilante groups.

This was contained in a response by the NDC after NPP officially wrote to them to dialogue over the disbandment of their vigilante groups.

The NDC’s letter came after President Nana Addo Dankwa Akufo-Addo directed the two major political parties to dissolve their vigilante groups during his State of the Nation Address.

But, the Suame lawmaker believes the NDC is not showing any seriousness on the matter.

He wondered why the NDC asked for mediators when indeed they won’t be needed.

“What would be the role of the Peace Council and other mediators. The NDC is just not serious, so I will in any day call for a law to aid us ban these groups,” he stressed.

To him, the country still needs a legislation on the matter even if the parties are able to come to a voluntary solution.

Previous 15 confirmed dead, 60 injured in another Friday accident at Ekumfi
Next RTI Bill to be passed next week Tuesday – Kyei Mensah Bonsu