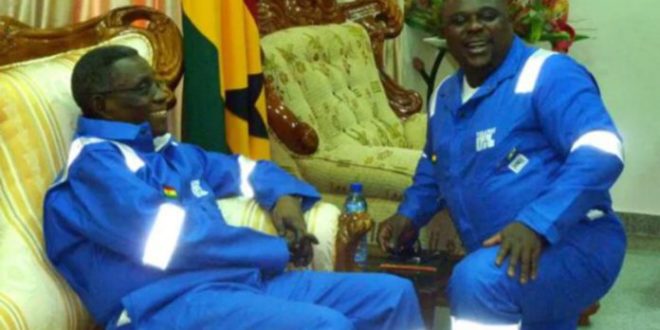 Founder and Chief Executive Officer (CEO) of the Atta Mills Institute is distraught following claims by the late President John Mills’ family that he is desecrating his memory.

Koku Anyidoho said the family is paying him back for preserving the final resting place of his late boss.

The former Director of Communications at the presidency in the erstwhile Atta Mills administration made the comment amidst tears on Asempa FM’s Ekosii Sen programme Wednesday.

Given the respect he has for the Atta Mills family, he said he is handicapped revealing certain information in the media.

“I respect the Atta Mills family so much I shall not disclose any exclusivity clauses. I shall never hit him hard,” he bemoaned.

Mr Anyidoho said he is ready to die in his quest to protect the legacy of late President Mills.

“I will be at the Teshie shooting range, those who want to kill me should come and kill me because I am happy that President Mills is sleeping in dignity,” he stated.

His only joy, Mr Anyidoho added is ensuring the Akufo-Addo government renovates the Asomdwee Park.

“I’m happy President Akufo-Addo has renovated Asomdwee Park. Those who could not do it and are upset that it has been done, that is their problem. History will hold me in high esteem.”

Previous I feel sad when I see where Pogba, other players from 2013 U20 WC reached but I didn’t – Ebenezer Assifuah
Next Pregnant woman, 2-year-old son killed after car crashes into shop at Juaboso