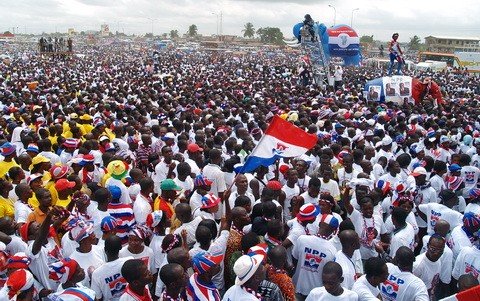 The NPP says it will be holding an
Interdenominational National Thanksgiving Service.

According to the party in a statement signed by its General Secretary, John Boadu, the service will be held on Sunday, December 27, 2020, “to give glory to the Almighty for the peaceful conduct of the 2020 elections which saw the re-election of H.E President Nana Addo Dankwa Akufo-Addo.”

The 2020 general elections have, rightly so, been hailed across the globe and described by both domestic and international elections observers as the most peaceful and transparent elections in the country’s recent history, the statement noted.

It is in recognition of this historic milestone that the party is holding this Interdenominational Service to thank the Almighty for his unending grace and blessings to the Republic, it said.

“Other relevant details of the Thanksgiving Service including venue and time will soon be communicated to the general public,” it added.

“Meanwhile, the party, on Friday, December 11, 2020, held Islamic Thanksgiving Prayers at the Abossey Okai Central Mosque with the National Chief Imam. The President and Vice President-Elect as well the the Leadership of the NPP were in attendance.”

“The battle was indeed the Lord’s and it remains the Lord’s. “