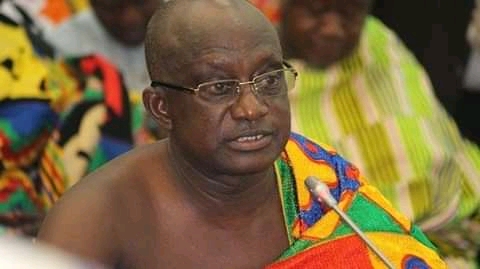 Damak Sanitation Watch and Health can say with the authority that the Ashanti Regional Minister, Mr. Simon Osei Mensah has woefully failed the president in the fight of the coronavirus in the region.

Per the outfit ‘’Community Sanitation Surveillance’’, the Minister who represents the president in the region should have been more contextual in his endeavors to propagate the president’s policy toward confronting the novel coronavirus by enforcing the directives and plans facilitated by the president to benefit the citizenry.

The president, Nana Addo Dankwa Akufo Addo have in his numerous addresses to the people of Ghana announced the free supply of water, food, electricity subsidy in his quest to reduce utility bills on the ordinary Ghanaian during the partial lockdown and up to date, most communities since the announcement was made, have not received a single drop of water from the regional directory indicate how fail the regional minister has suddenly become in his expedition of leading the people in the region.

Damak Sanitation has it that communities that are not connected to the Ghana Water company limited rely on private water companies and are still engaging the private companies despite the president announcement to transport water to them… prior to our checks in some of the MMDCEs in the region, no single gallon of water is sent to these communities.

The world is in difficult times and Ghana is not exceptional and we expect every directives and plans being outlined by the president are extremely executed by the frontiers in the various regions. Fears are gradually swallowing the people of Ashanti Region especially in the Obuasi Municipal following the alarming number of cases. We can’t blame human failure on existence of the virus but can blame human resources failure toward confronting it. And it seems the region is losing grounds to constitute definite approach in fighting the virus.

Most residents complain bitter of not having access to the free supply of water and that of the electricity subsidy of which the regional minister and his team should have made persistent regional surveillance  to ensure the president directive are properly facilitated, but that did not happen signifies our zeal to confronting government policies as leaders.

The outfit have made thoroughly community engagement on the impact of covid-19 and it associated challenges confronting the people and the most topical issues that came up was the president free supply of water and the electricity subsidy tells you how the people are much concern about the initiative.

We therefore deem it appropriate to acknowledge the president for taken such laudable steeps to release the burden of domestic bills on the ordinary Ghanaians…but  we differ to state that, his team will fail him if he did not constitute a concrete measures to cement his grounds he will have himself to be blamed. Hence calling on him to further restrategies his forward march in supporting the vulnerable ones and remote communities who cannot afford to buy water, alcohol based hand sanitizers to enable them observe the covid-19 protocols.