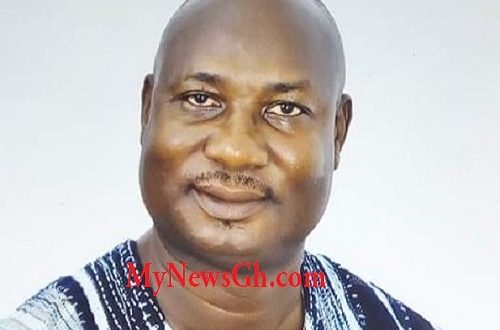 An Articulated Truck loaded with fertilizer has run over Chief Inspector Justice Aryee of Accra Regional Arms and Ammunitions unit of the Ghana Police Service,

Police immediately proceeded to the scene of accident and saw Articulated truck driven by suspect driver Dramani Bukari parked at the nearside of the road loaded with cocoa fertilizer while the Hyundai Accent saloon car was also seen in the middle of the road extensively damaged with the driver Chief Justice Aryee who sustained serious injuries trapped in it.

He was removed with the assistance of fire service personnel from Industrial Area Tema, and rushed to Tema General Hospital for treatment but was pronounced dead on arrival.

Body has been deposited at the police hospital mortuary awaiting autopsy while the suspect truck driver is in police custody assisting with investigations.