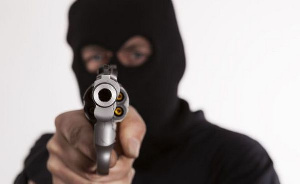 A Mobile Money Vendor operating within Abofour at Offinso in the Ashanti Region has been attacked and robbed of GhȻ 14,000 by 4 armed robbers after they looted Abofour market.

According to Offinso District Police Commander, Chief Superintendent, Benedict Wonkyi, his unity received the information in the late hours of yesterday around 18:30GMT, that some criminals were raiding a mobile money vendor in the market at the time the traders were wrapping up their day’s activities.

He added that he quickly deployed officers to calm the situation but the robbers after attacking the vendor fired warning shots, scared the market women and fled into the nearby bush.

Though none of the market women in Abofour market was robbed it’s was obvious it is purely targeted robbery on the mobile money vendor identified as Akwasi Appiah.

In the process of his transactions yesterday, he runs out of cash and asked some of the clients to wait on him while he rushes to the bank for an amount of GhȻ 2,0000. Little did he know such a bad day would have hit him.

As it’s stands now, none of the gunmen has been apprehended. The police are investigating into the matter.

Previous If civilians are purchasing small arms, it means they don’t trust you – Asantehene tells police
Next Gyan brothers speak on accusation of beating up tennis opponent