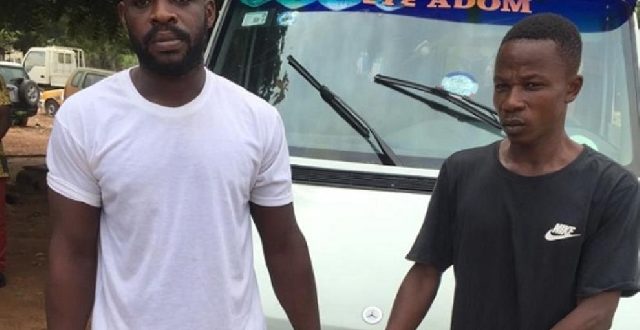 A commercial vehicle driver, Mr Albert Ansah, 33, and his conductor, Francis Buabeng, who brutally assaulted a police officer at Weija, have been handed a GH1,800 fine each.

The Weija High Court presided over by Justice Bernard Bentsil imposed a fine of 150 penalty units each on the two.

They will face a year in jail should they default.

The two pounced on Constable Julius Mawule Ekpe, who attempted arresting them. They violently resisted the arrest which generated into fisticuffs.

A police situation report had stated that on Thursday, 14 March 2019, the driver reportedly stopped in the middle of a road to wait for some passengers who were on the other side of the road at Weija.

Constable Ekpe, who was nearby, decided to intervene by arresting the two but got beaten up.