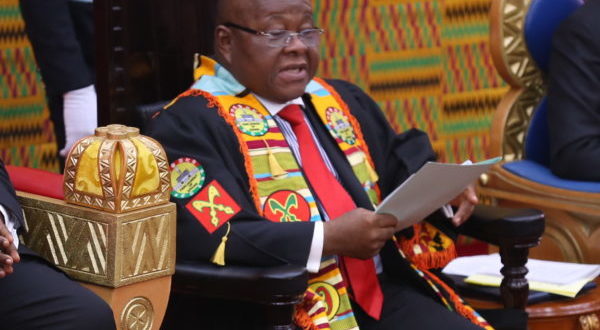 The Speaker of Parliament, Professor Mike Oquaye, has vowed not to tolerate MPs absenteeism in the chamber anymore as he angrily suspends sitting.

The suspension of the house follows a concern raised by the MP for Bawku Central, Mahama Ayariga who invoked article 102 of the 1992 constitution over the attendance of his colleagues.

A deputy majority Whip, Moses Anim who sought to explain the MPs absenteeism could not convince the speaker to allow proceedings to go on.

Prof. Mike Oquaye was later forced to suspend the House.

This is not the first time the Speaker has cautioned MPs over their absenteeism and lack of seriousness towards the House.

The Speaker on Thursday, 24 October 2019, suspended sitting over the absence of the Minister of Fisheries, Elizabeth Afoley Quaye, to answer some questions posed by some MPs.

Previous Luis Enrique returns as Spain boss for Euro 2020 as Moreno steps down
Next I’m no more in contractual terms with Sarkcess Music: Akwaboah