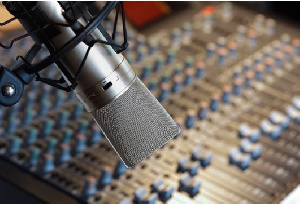 Some New Patriotic Party (NPP) youth in the Central Tongu constituency stormed a local radio station, Dela Radio during a political talk show program dubbed “Horodio” in the early hours of Saturday and beat up a communicator of the opposition National Democratic Congress (NDC).

According to sources, the NPP youth organizer in the constituency, Wugah Mawutor led a team of well-built men to the station to evacuate their representative from the studio for tarnishing the image of the party on the radio with what they considered internal party issues.

The youth didn’t take it kindly with the NDC communications officer, Cartious Aziedu who attempted taking video footage of the chaotic scene as they seized his phone and subjected him to severe beatings

Information gathered by MyNewsGh.com reveals the NPP party in the constituency is sharply divided on who to lead them as a parliamentary candidate in their upcoming primaries.

Speaking to the radio show host Emmanuel Kwame Atukpa, he confirmed the incident to MyNewsGh.com indicating “the guys were about twenty from both factions of the NPP PC aspirants and the program was disrupted for about 15minutes before I managed to sack them out but the chaos continued outside”.

The NDC communications officer Cartious Aziedu in his accounts said “I was handed a heavy slap from behind while I was struggling for my phone. Another person also hit me in the chest”.

According to him, he has since reported the issue to the police and has picked a medical form to attend hospital while police confirmed to this portal they are investigating the matter.

Emmanuel Atukpa recounted that the issue erupted from an alleged list of beneficiaries of Youth Enterprise Support to have been people from the hometown of the DCE which the party chairman is unhappy with.