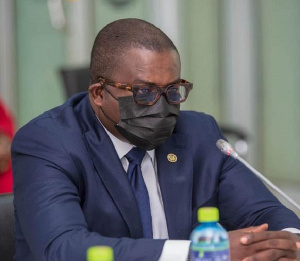 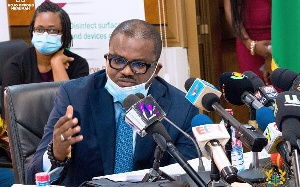 This follows the president’s dismissal of the Minister of State at the Ministry of Finance after he was implicated in a yet-to-be-aired undercover investigative documentary by ace journalist Anas Aremeyaw Anas.

The investigative piece dubbed “Galamsey Economy” is to be aired at the Accra International Conference Center (AICC) on Monday, November 14, 2022, but ahead of it, the Tiger Eye PI group has released snippets of what people should expect.

Included in that release, the investigative team said it met with the Minister of State in charge of Finance, Charles Adu Boahen, in the United Arab Emirates (UAE), where he stated that for the Vice President of Ghana, Dr. Mahamudu Bawumia, to avail himself to them, they would have to pay $200,000 as an appearance fee.

The releases indicated that the undercover team was operating under the pretext that it wanted to establish a bank in Ghana.

“You mean, like appearance fees and stuff? I mean he, himself (the Vice President), if you give him some (USD) 200,000 or something as a token, as thank you, appreciation, that’s fine. He’s not really, he’s not really (like) that. All he needs is to worry about his campaign money in 2020,” Charles Adu Boahen said when he was asked how an investor can get the attention of the Vice President.

He added that an investor must also consider opportunities for the siblings of the vice president for his full support, apart from the USD200,000 appearance fee token to him.

“The President of the Republic, Nana Addo Dankwa Akufo-Addo, has terminated the appointment of the Minister of State at the Ministry of Finance, Mr. Charles Adu Boahen, with immediate effect,” the statement read.

Also, the president directed that the Special Prosecutor should take up the case and investigate the minister accordingly.

“After being made aware of the allegations levelled against the Minister in the exposé, ‘Galamsey Economy’, the President spoke to Mr. Adu Boahen, after which he took the decision to terminate his appointment, and also to refer the matter to the Special Prosecutor for further investigations,” the statement added.