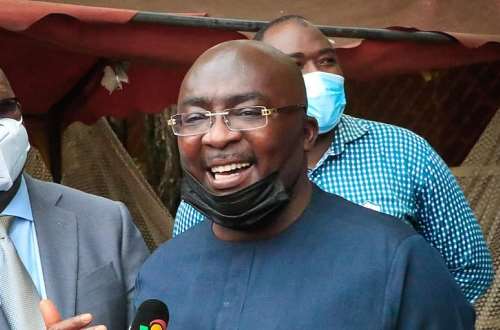 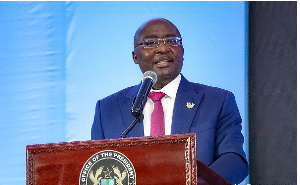 The Vice President, Dr Mahamudu Bawumia has broken his silence on Ghana’s move to the International Monetary Fund (IMF) for support to stabilise and revitalise the economy.

He has listed four reasons why Ghana opted for the IMF support and categorised them into two internal and two external causes.

For the internal ones, he said the energy sector take or pay agreement and the banking sector clean-up were the reasons.

He attributed the external reasons to COVID-19 and the Ukraine invasion by Russia.

He was speaking at the launch of two new high-level information technology programmes at the Accra Business School at Baatsona, Thursday afternoon (July 14, 2022).

The IMF on Wednesday concluded its initial mission to Ghana as part of an invitation for the fund to assist the country in stabilise and revitalise the economy.

It is the 18th time Ghana is going to the IMF for support.

The current move for Balance of Payments support followed the closure of the normal avenues for money since the rating agencies did their numbers on Ghana in 2021.

Ghana is facing a challenging economic and social situation amid an increasingly difficult global environment. The fiscal and debt situation has severely worsened following the COVID-19 pandemic.

Speaking at the event Thursday, the first time the Vice President, who is the head of the economic management team was commenting on the IMF move, Dr Bawumia stated: “Before I conclude, I would like to use this opportunity to make some comments on an issue on the minds of many Ghanaians: the decision by government to opt for an IMF program to stabilize the economy in the midst of global crises (the COVID-19 pandemic and the Russia Ukraine War).”

“A crisis which has visited untold hardships on Ghanaians with rising prices of virtually everything from fuel to bread, tomatoes, building materials and so on. In the midst of this global crisis, Ghana’s fiscal and debt sustainability has worsened.”

“I should note again that Ghana has been hit by a quadruple whammy in the last few years: Energy Sector Excess Capacity Payments, Banking Sector Clean-Up, COVID-19, and the Russia- Ukraine war.”

“If you take out the fiscal impact of this quadruple whammy, Ghana will not be going to the IMF for support because our fiscal, debt and balance of payments outlook would be sustainable.

“Of the four factors, two (COVID-19 and the Russia Ukraine war) were external and the other two (the banking sector clean up and the excess capacity payments) were the result of policies of the previous government.

He added: “Some commentators and analysts have argued that COVID-19 expenditures alone could not be the reason for the large increase in the fiscal deficit and the debt stock.”

“In fact, they are right. COVID-19 expenditures alone were not the reason for the large increase in Ghana’s debt stock by the end of 2021.

“In fact, as I stated in my April 7th lecture, in addition to COVID-19, there were two major items of expenditure that are critical to understanding the evolution of the fiscal deficit and the debt stock: the Banking Sector Clean up (GH¢25 billion) and the Energy Sector Excess Capacity payments (GH¢ 7 billion).

“We were also confronted with a banking crisis as a result of the mismanagement of the banking sector. Ghana’s banking system was on the verge of collapse and not dealing decisively with it would have meant disaster for the economy with millions of people losing their savings.

To put the expenditure on these three items in perspective, it is important to juxtapose it against the total expenditure (releases) on some of the governments key flagship projects, including Free SHS, one district one factory, planting for food and jobs, Development Authorities, Ghanacard, Zongo Development Fund, NABCO, and teacher and nursing trainee allowances.

The data shows that the expenditure on these key flagship programs over the five year period between 2017 and 2021 amounted to GH¢15.62 billion compared to the GH¢54.0 billion expenditure on the three exceptional items.

As part of measures in planning to stabilise the economy in future, Vice President Bawumia said the government has started implementing a policy that gives the Bank of Ghana (BoG) the right to purchase any amount of gold mined in Ghana.

After the central bank had purchased the gold at world market prices, the mining companies could export the remainder, he added.

“Ultimately, once we accumulate enough gold, future borrowing and our currency can be backed by gold. This will stabilise the cedi long term,” Dr Bawumia stated when he launched two new high level information technology programmes at the Accra Institute of Technology (AIT) at Baatsona, Thursday afternoon (July 14, 2022).

The Vice-President said the first right of refusal given the BoG to purchase gold mined in the country was backed by law to deepen the gold purchase programme the BoG started to build up the country’s reserves.

He was explaining the reasons that forced the country into talks with the International Monetary Fund (IMF) and measures outlined to transform the economy to make it resilient to withstand shocks.

Previous Her backside is Bigger than her legs- Reactions as Akua GMB’s flaunts her curves in new video
Next How a church elder lost GH¢80,000 to sports betting in one day 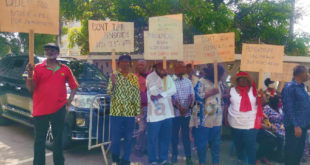