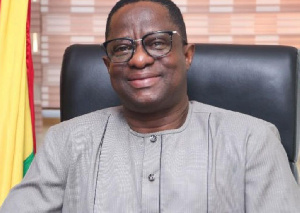 Former Energy Minister John Peter Amewu is heading for the Railway Ministry as sector Minister in the yet to be announced ministerial list by President Akufo-Addo, Starr News has learnt.

Former Deputy Attorney General Godfred Yeboah Dame is also being elevated as substantive Minister of the Ministry by the President.

According to Starr News sources, former Regional Integration Minister Dan Botwe is also headed for the Local Government ministry while former Works and Housing Minster Samuel Atta Akyea has been dropped out of the list by the President. Former Aviation Minister Kofi Adda has also been dropped from the list.

Former Deputy Chief of Staff Abu Jinapor is heading for the Lands and Natural Resources Ministry as Minister in the yet to be announced Ministerial nominations by President Akufo-Addo, Starr News has learnt.

Barring any last-minute changes, another former deputy Chief of Staff Asenso Boakye will be named Minister-designate for Works and Housing by the President.

Also, former Executive Director of the National Service Scheme (NSS) Mustapha Yusif will be named Minister of Sports in the list scheduled for release this week.

Meanwhile, the President has retained Akosua Frema Osei-Opare as his Chief of Staff at the Office of the President as he makes his first list of appointments for his second term office.

The President also retained Nana Asante Bediatuo as his Secretary in the batch of appointment released by the Presidency Tuesday.

Eugene Arhin also retained his position as Director of Communications at the Presidency.