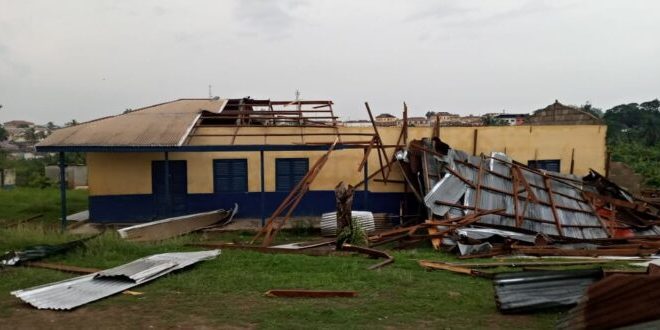 At least ten (10) persons are injured at Akyem Oda in Birim Central Municipality of the Eastern Region during a violent rainstorm that struck the Community on Monday.

Hundreds of buildings including houses, churches, schools, and shops were ripped off. Ateffuah Senior High School was greatly affected by the storm.

Many classroom blocks at Ateffuah SHS have been ripped off.

Also, electricity poles, billboards, Radio mast in the community were toppled over.

Hundreds of residents have been displaced as a result. 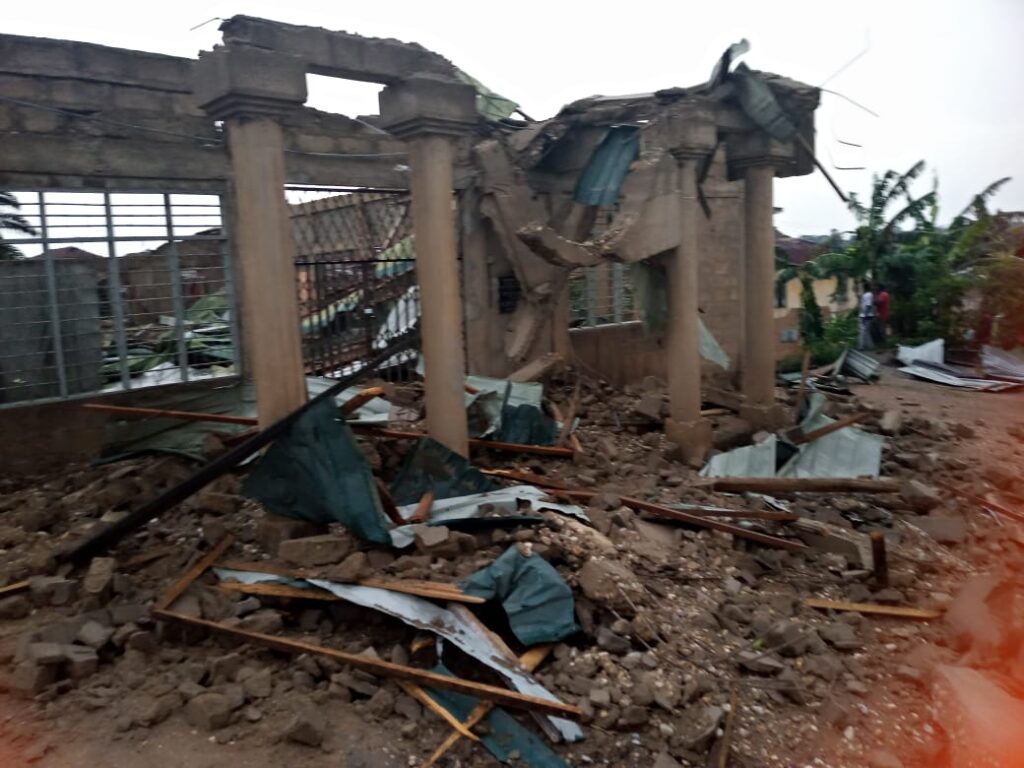 The Birim Central Municipal Director of the National Disaster Management Organization (NADMO) David Okyere has described the situation as “devastating and requires urgent attention of the central government “.

According to him, the Organization has dispatched its personnel to assess the extent of damages caused by the rainstorm disaster for quantification of destruction and needs analysis.

The injured victims as well as some students of Attefuah Senior High School who were traumatized were treated and discharged at the Oda Government Hospital.

Meanwhile, the Member of Parliament for Akyem Oda constituency and his entourage are this morning visiting some of the affected residents to enable him to extend emergency support to the victims.

Tags 10 buildings BY hundreds injured OF off Rainstorm ripped violently