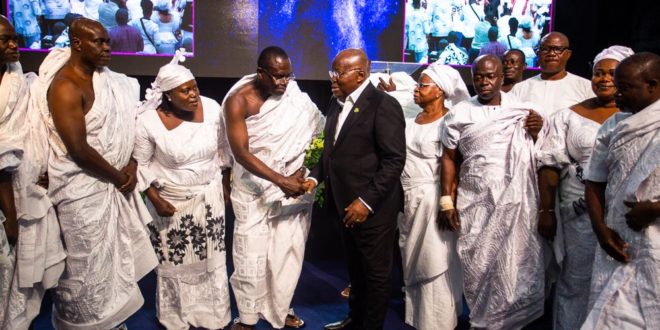 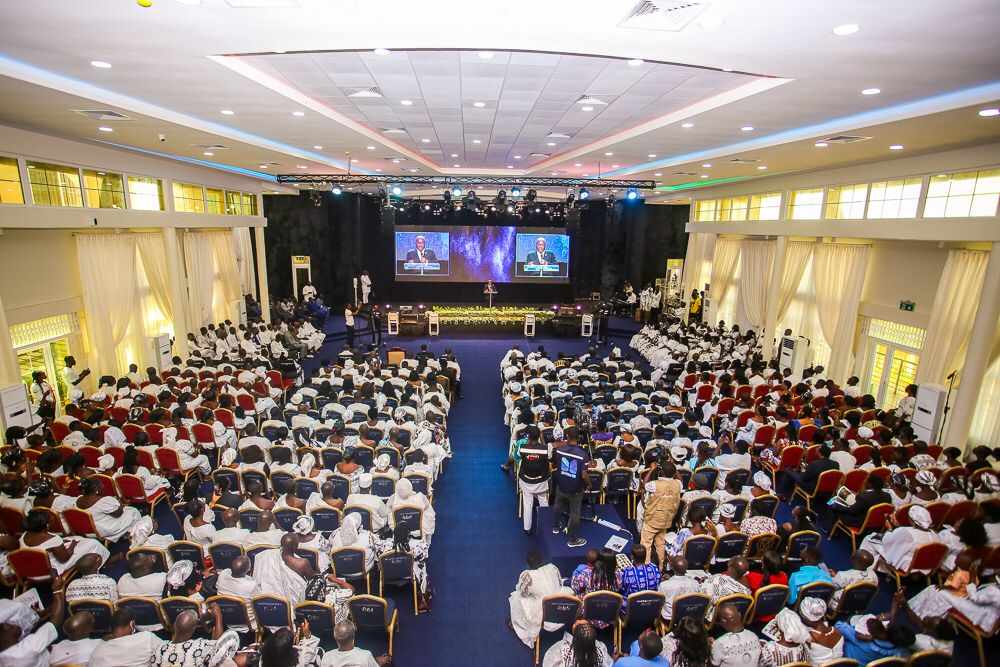 The service was in two parts. The first climaxed the 50th Anniversary Celebration of the Children’s Ministry in the Church of Pentecost (COP), which event was marked nationwide in all COPs across the country, while the second part was the thanksgiving service for the life of Opanyin Agyepong. 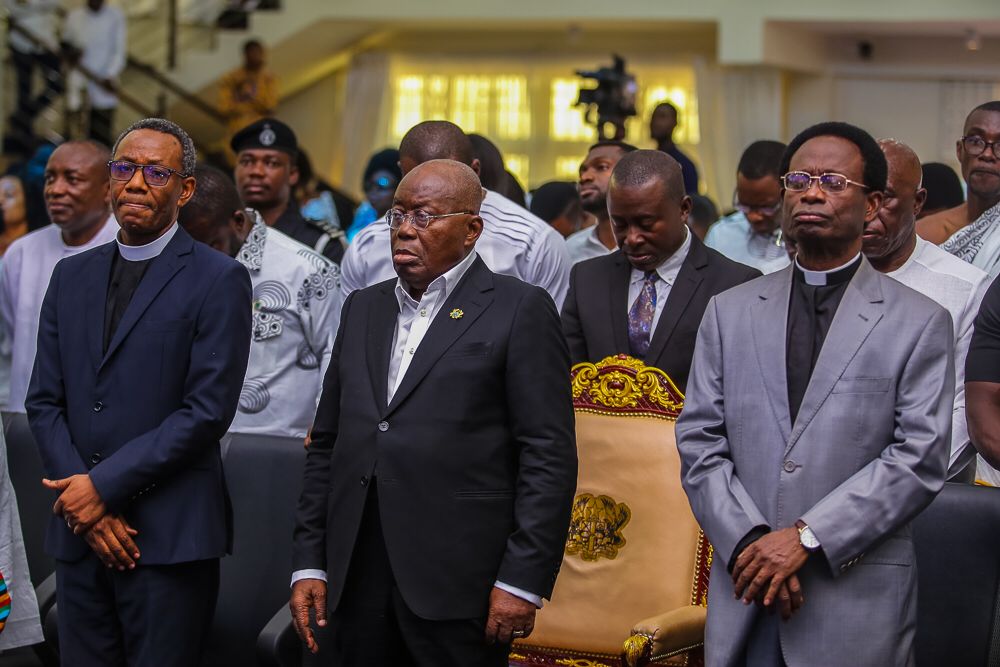 In a short address to the congregation, President Akufo-Addo re-asserted his determination to ensure that the building of the National Cathedral comes to fruition.
He said the facility was something dear to his government, asserting that it will be built at all cost to the glory and honour of God. 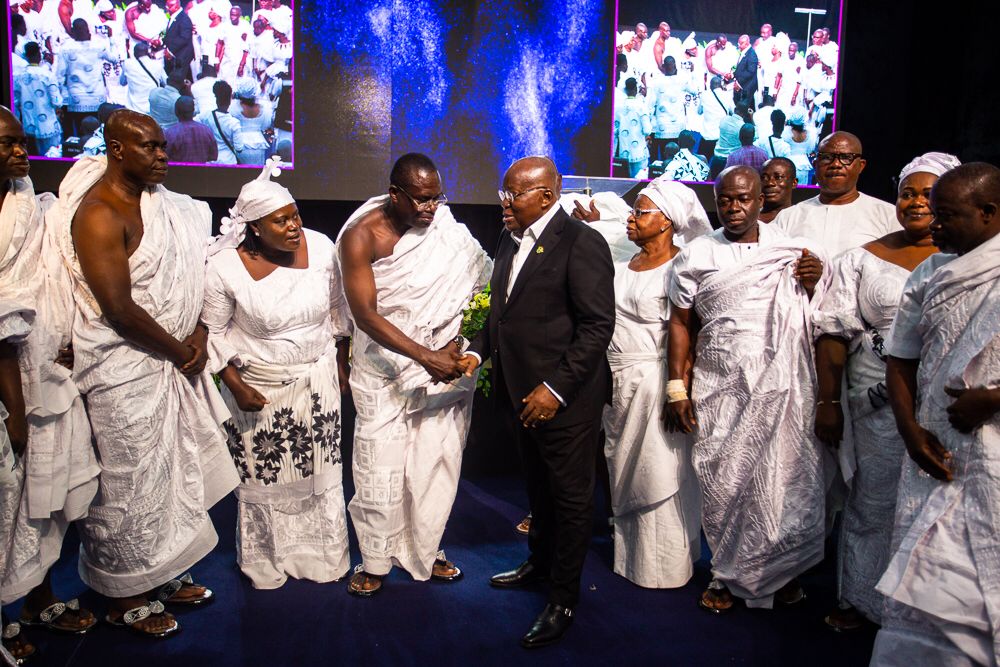 While commiserating with Dr. Agyepong and his family for their loss during this difficult moment, the President encouraged him to take consolation in the fact that his late father gave birth to him to affect lives positively.
“In fact, the name Dr. Agyepong has been lost on Ghanaians. Now Zoomlion has become his [Dr. Agyepong’s] household name, all thanks to his entrepreneurial skills and his passion to help transform lives in the country,” he praised Dr. Siaw Agyepong.
According to President Akufo-Addo, his government will continue to support Dr. Siaw Agyepong and his JGC and any other private person who was ready to support Ghana’s development efforts.
“My administration will continue to create the enabling environment for private businesses to thrive so they can support the government in its development agenda,” he reinforced.
Dr. Siaw Agyepong, the President averred, has a lot to offer the country, hence his government will continue to support him.
“Though the economic hardships are having a toll on Ghanaians, I am very optimistic that things will get better, adding that “these challenges too will pass.” 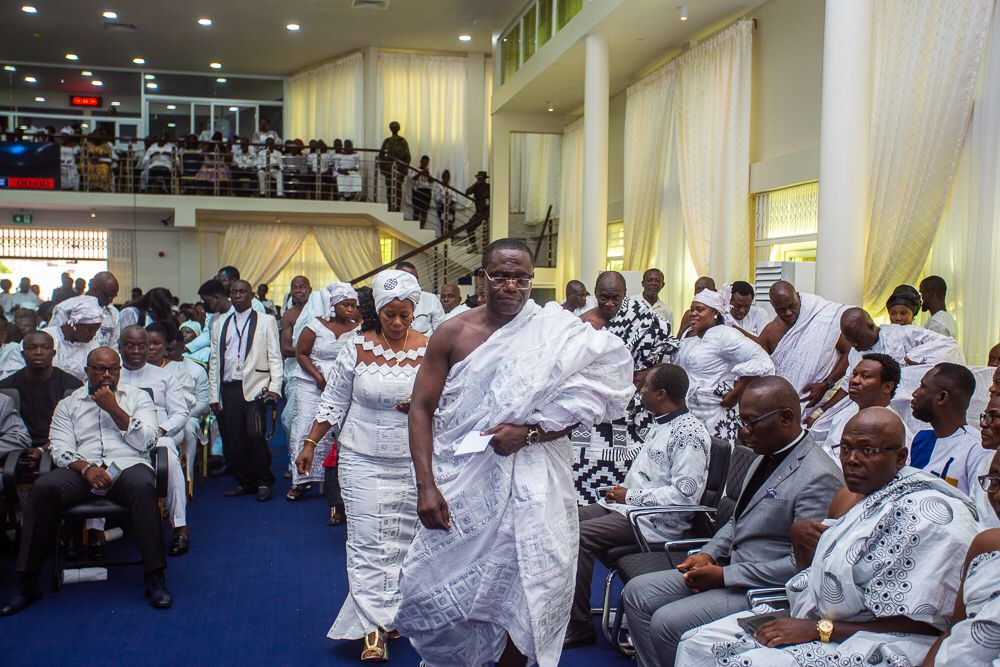 He implored Ghanaians to always foster unity to bring about peace and development.
Early on, the Director of Pentecost Men’s Ministry (PEMEM) and Executive Council Member of the Church of Pentecost, Reverend Vincent Anane Denteh, who gave thanksgiving service sermon, charged Christians and Ghanaians in general to carry the burdens of one another.
“Carrying someone’s burden is not easy as it is laden with challenges but doing that fulfils the law of Christ,” he said. 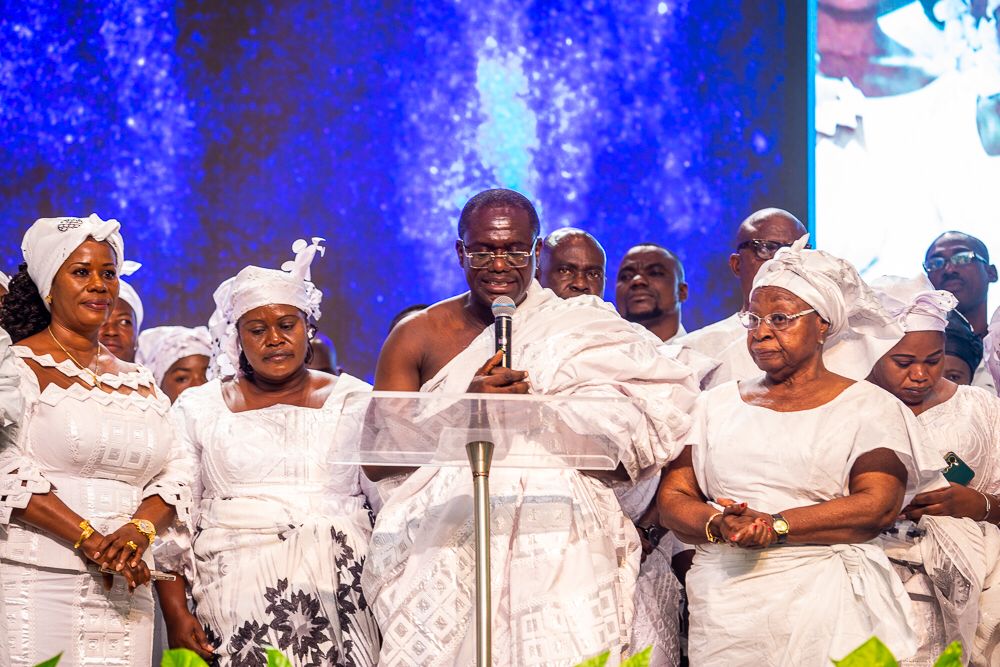 Preaching on the theme: “Raising Burden Bearers in Our Generation,” the man of God explained burden as a “worrying responsibility.”
He stressed that the nation, churches and families can progress if there were burden bearers.
According to the man of God, every individual has a dual purpose: one, to worship God, and; two, to serve humanity. 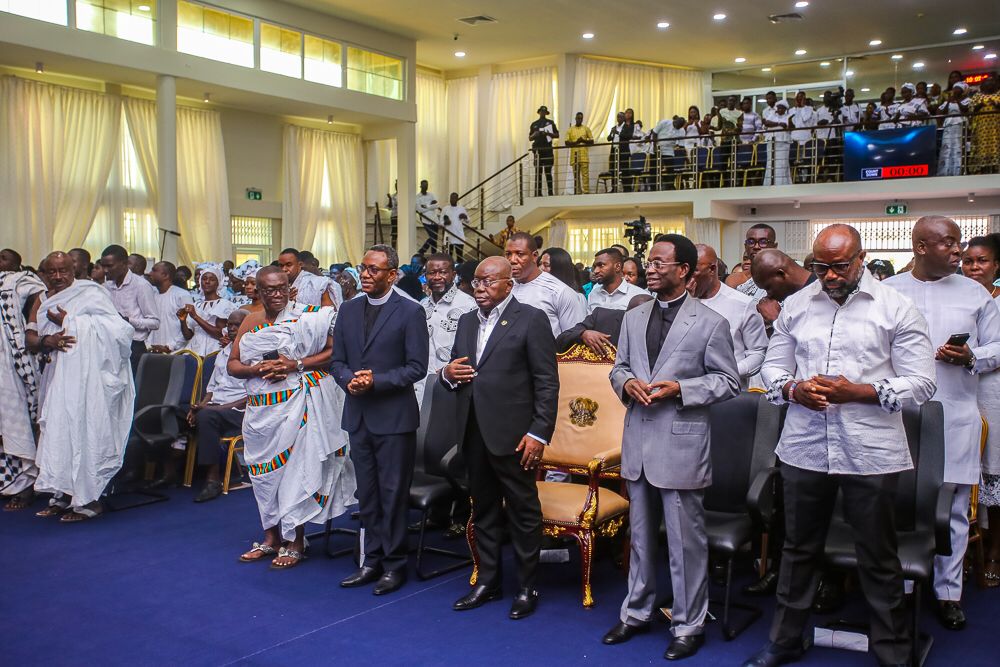 “God created us to serve him and serve humanity. The combination of this two is not easy at all, but we must do it since it is a glorious affair,” he added.
Rev. Anane Denteh pointed out that in times of troubles and hardships, there was the need for someone to bear the burden of the people. 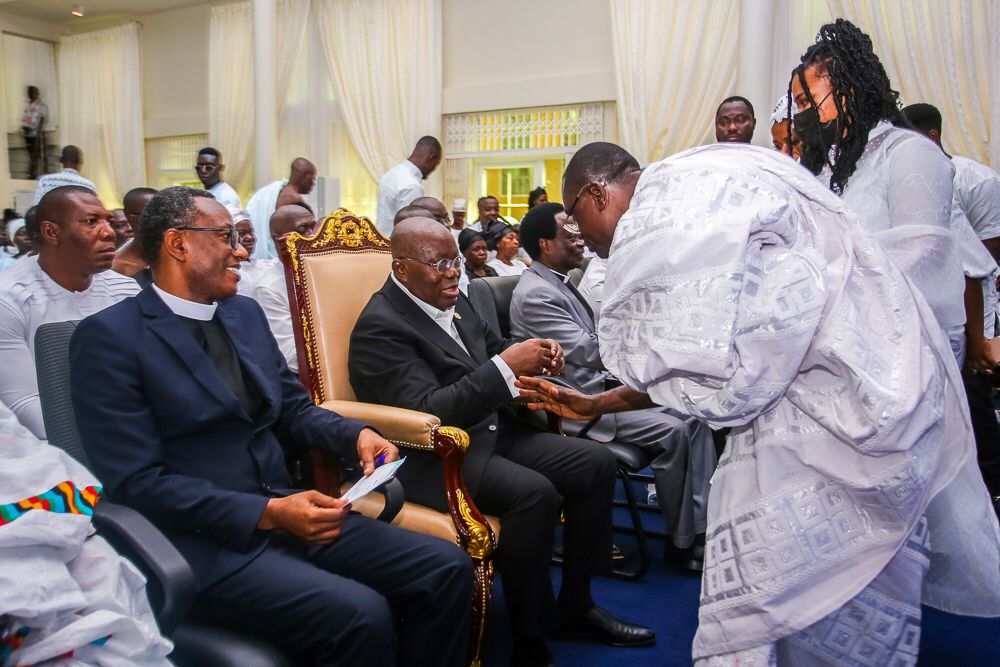 He, therefore urged Christians to always build their joy on the strength of the Lord and not on what people will say.
For his part, Dr. Siaw Agyepong, on behalf of his family, used the opportunity to thank first, God for His mercies and favour upon the Agyepong family. 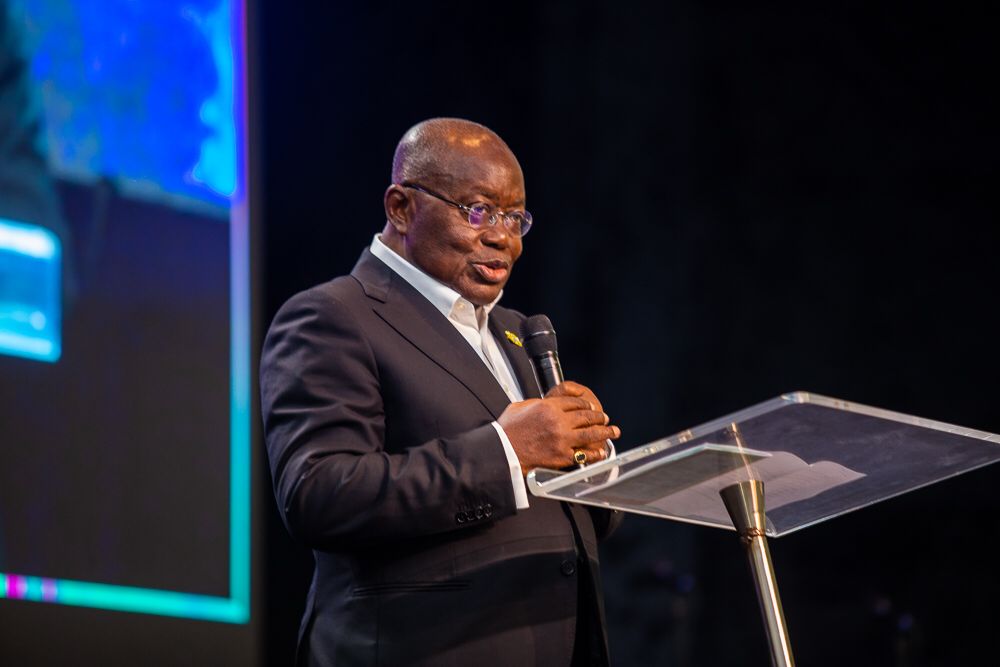 He also thanked in particular President Akufo-Addo who described as a “very good” President and all those who have mourned with them through this short period.”
Akufo-Addo Joins Dr. Agyepong’s Family At Service of Thanksgiving 2022-09-12
Dickson Boadi
Share

Previous Source of Tinubu’s wealth revealed
Next Nat’l  Cathedral Will Be Built At All Cost! —Akufo-Addo Asserts