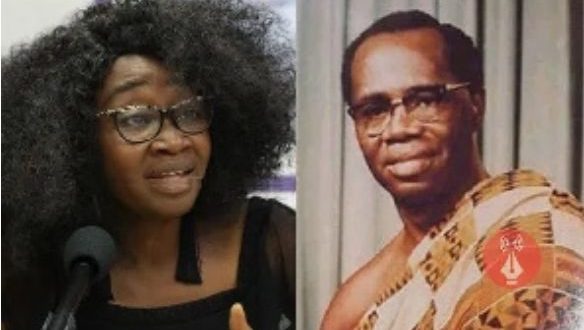 President Akufo-Addo based on the several concerns raised directed the Minister of Finance and the Attorney General to review aspects of the deal that were deemed to have “the potential to promote and facilitate the suspected commission of corruption and corruption-related offences and advise” as then Special Prosecutor, Martin Amidu indicated in a corruption risk assessment of the deal.

The Minister for Finance within the month of May, 2022 indicated at a programme–African Development Bank 2022 Annual General Meeting–that it was necessary for the deal to be reviewed and taken to parliament for approval because It would help reduce the country’s debt exposure.

According to him, the deal is not about whether the monetization of royalties or listing the company is bad or good. It is good because that us how you raise resources.

“The question is the process of doing that. If we have a problem with the process, lets articulate it, let’s cure it, but let us not drop something that would be good for us and reduce our debt exposure,” said Mr. Ofori-Atta

However, in her reaction to the news about its introduction to the House the second time, Nana Frema the daughter of Dr. K.A. Busia called for its resistance.

Below is her reaction:

Agyapa free-wheel deal is back with a Vengeance

Recalcitrant Akufo-Addo government is without Repentance

This misery of a curious deal is not by Happenstance

Obaapa Yaa Ghana in sackcloth and ashes, take due

The “SP” Amidu corruption risk assessment has no Resonance

How can our wailing economy still Stand ?

When ‘solid gold’ is sold with “kululu” at a senseless Pittance

Do Join a righteous review Fight