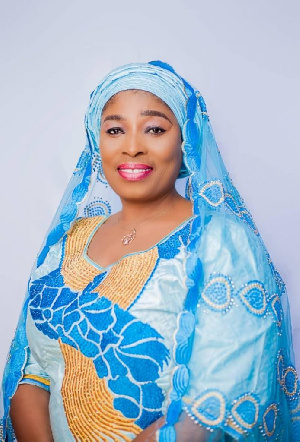 Lariba Zuweira Abudu, who was the Deputy Minister for Gender, and the Member of Parliament for Walewale, has been elevated to the substantive ministerial role.

This comes on the back of the delayed decision by the president to sack Sarah Adwoa Safo from the position after her absence from post for several months, prompting many calls from across the country.

In a statement issued by the Director of Communications at the Office of the President, Eugene Arhin, the appointment is subject to parliamentary approval.

“The President of the Republic, Nana Addo Dankwa Akufo-Addo, in accordance with article 78 of the Constitution, has appointed the Deputy Minister of Gender, Children and Social Protection, Hon. Lariba Zuweira Abudu, the Member of Parliament for Walewale, as Minister-designate for Gender, Children and Social Protection. Her appointment is subject to the approval of Parliament,” the statement said in part.

It concluded that it is the hope of the president that the process to substantiate her appointment would be expedited.

“The President is hopeful that Parliament will expedite the approval for the important Ministry, so they can assist in the effective delivery of his mandate for his second term in office,” it added. 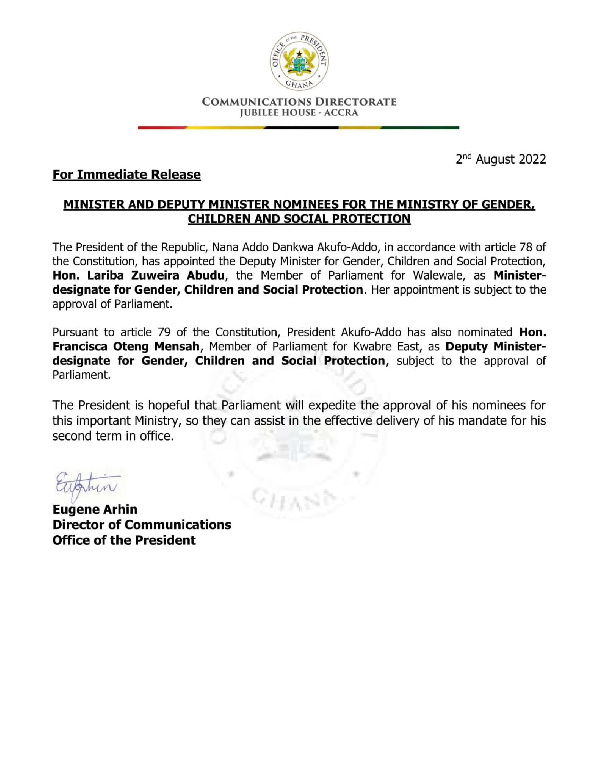