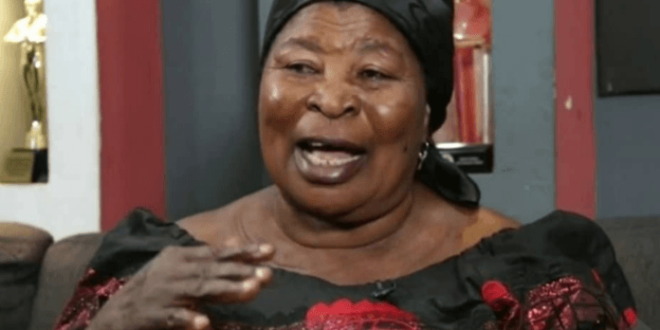 His crime this time is not going to the funeral of former General Secretary of the New Patriotic Party, Kwadwo Owusu Afriyie, popularly known as Sir John.

His final funeral rites were held at the Sakora Wonoo Junior High School, in the Kwabre East District of the Ashanti Region.

Family, friends and residents of the community filed past the mortal remains of the former Chief Executive Officer of the Forestry Commission to pay their last respects.

High-ranking politicians, including the President, Nana Akufo-Addo and Vice President Dr Mahamudu Bawumia, were at the funeral to bid their colleague farewell.

A delegation from the opposition National Democratic Congress (NDC), led by its General Secretary, Johnson Asiedu Nketia, also known as General Mosquito, was also there to mourn with the family.

However, former President Mahama was not seen at the venue of the funeral. Some are still hopeful he might go on the third day to also pay his last respects.

But Akua Donkor, in an interview with Adom News’ Nana Osei Ampofo Agyei, said Mr Mahama has no excuse.

“I’m very disappointed in Mahama; how can he miss such an important funeral?”

Madam Donkor, who is also founder and leader of the Ghana Freedom Party, said the former President should reschedule all his programmes to attend to honour late Sir John.

She, however, commended President Akufo-Addo for giving Sir John a befitting burial.

Previous One shot dead as notorious highway robbers block road, attack traders
Next TB Joshua was irresponsible, his ministry did a lot of damage – Nigerian Journalist