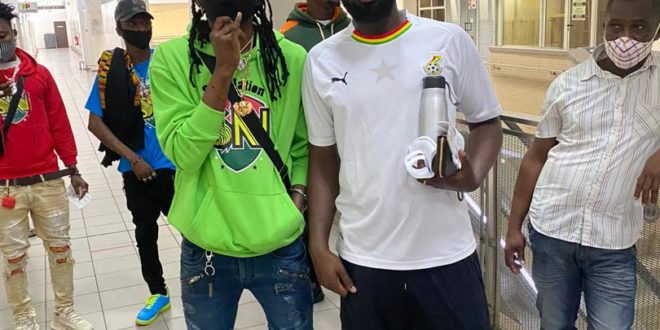 Award-winning musician Jafaro Mohammed also known in the showbiz  as Addi Self has heap praises on the Group Chairman and the CEO of the Afro Arab Group Ambassador Alhaji Salamu Amadu.

Addi Self shared a post on Facebook as a way of inspiring the youth in the country most especially those from the Zongo Communities, who for some reasons could not further their education to the tertiary level

“Without tertiary education, Ambassador Alhaji Salamu Amadu saw an opportunity as a 20-year-old boy from Nima, took control and worked hard to start a business that has grown to give birth to the Afro Arab of Companies which has employed over hundreds”.

According to the former Militant of the Shatta Movement, Ambassador Alhaji Salamu Amadu didn’t relent on his goals and today, several families depend on his vision to survive. His  support to the Zongo communities is unflappable and through this, he has become a symbol of hope and survival for many young people across the country”, Addi Self added

He concluded that the youth and the upcoming generation can draw inspiration from the success story of Ambassador Alhaji Salamu Amadu.